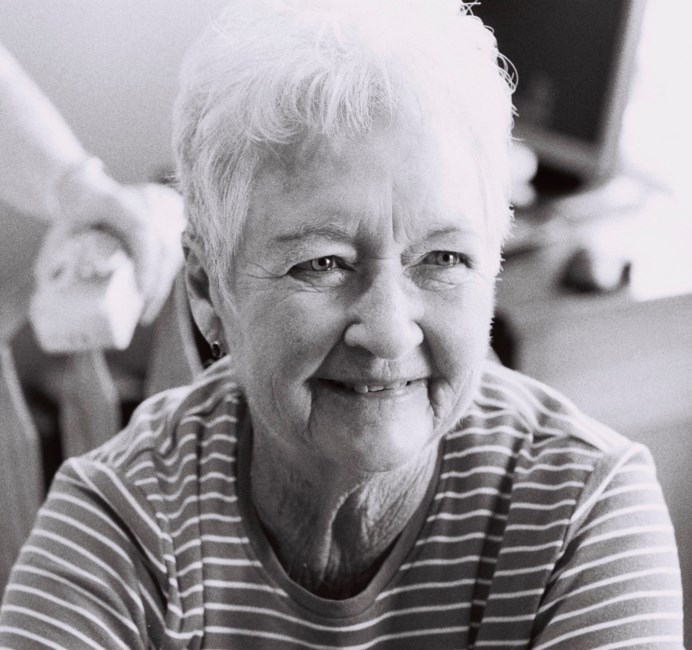 January 13, 1923 ~ June 8, 2020 Nora died peacefully on June 8 at the Simkin Centre for long term care residents. She was born at Cartwright, Manitoba on January 13, 1923. She was predeceased by her parents Helena and Clarence Daly; brother Gordon Daly; sister Beth Daly; daughter Jill Harbicht; and grandson Mark McLean. She is survived by her devoted husband, of 72 years, Norm Harvey; brother John Daly (Norma); sister-in-law Lois, and sister-in-law Lori Lewis; son Robert (Carol); son-in-law Steve Harbicht; daughters, Judy (Jeff) McLean, and Jane Wittstock; 14 grandchildren and 18 great-grandchildren. After completing her public education at Cartwright school, she moved to Winnipeg, where she took her Nursing Diploma, worked at Misericordia General Hospital and met her husband. They were married June 12, 1948. She and Norm lived in Wellwood, Pilot Mound, Lynn Lake and Souris during the early years of their marriage. In 1966, they moved to Winnipeg. Nora was a school trustee for the Fort Garry School Division for many years and volunteered extensively for The Canadian Cancer Society and with the Liberal Party of Canada. In the 1990s, Nora was appointed to the National Film Board of Canada where she served for a number of years. Over the course of her life, she was very involved with her United Church family, most recently Fort Garry United Church. She lived her life thinking about others and was the first person to help anyone in need. Music held a special place in her heart. She was involved with various musical endeavours over the years and encouraged her children to pursue a musical education. Family was very important to Nora; their cottage at Rock Lake was where she and Norm hosted many happy family gatherings. Many thanks to the staff at the St. Norbert Nursing Home and more recently, Weinberg 3 at the Simkin Centre. A memorial service will be held at a future date. If so desired, in lieu of flowers a donation can be made to a charity of your choice.
See more See Less

In Memory Of Nora Florence Harvey