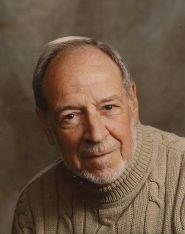 Peacefully, on May 28, 2021, at age 96, Ron Blicq passed away at the Grace Hospice in Winnipeg, Manitoba, Canada, bringing down the final curtain on a remarkable life. Ronald Stanley Blicq was born on the May 2, 1925, on the idyllic Island of Guernsey in the English Channel. In 1940, as the Nazis raced across France, occupation of the island became certain. His parents Arthur Stanley Blicq and Marjorie (nee) Steele made the difficult decision to evacuate Ron, age 15, and his two younger brothers to England and then Canada, where Marjorie had relatives. The family left everything behind and began again in Winnipeg. Ron attended Kelvin High School until 1942 when, on his 18th birthday, he enlisted in the Royal Canadian Air Force and trained as an airborne navigator and wireless operator and then on Mosquito fighter-bombers. He served in England, before being returned to Canada and discharged at the end of the war. Ron was bored with civilian life and loved flying. He decided to join Britain’s Royal Air Force and returned to England. He served in Bomber Command from 1947 to 1952 at the Suez Canal, In Singapore and in Australia, then as a navigation instructor and as a member of the RAF’s Radar Research Flying Unit. After a long courtship, often interrupted by his overseas postings, in 1951, Ron married the love of his life, Irene Winifred Stratford, a child care worker he had met in Oxford. Sadly, he lost her to cancer in August, 1956. Ron then made the difficult decision to resign his commission and in 1957, he moved his young family to Canada, to be closer to his parents and other family members. For 10 years he worked at CAE Industries in Winnipeg, writing and editing technical manuals for radar and associated equipment, before joining the staff of Red River College. For 23 years Ron taught technical communication skills to engineering technology students and observation writing to Child Care Students. He was a gifted educator and produced six successful textbooks. Technically-Write! is currently in its eighth edition. In 1990, at 65, Ron retired from the college and embarked on another extraordinary chapter of his life. He traveled extensively, teaching workshops on effective business writing to scientific and technical organizations, and later in partnership with his colleague Lisa Moretto. Their work took them to Dominica, Moscow, Texas, Germany, and England and across Canada. He was the first Canadian appointed as a Fellow by the Society for Technical Communication and he was a Lifetime Member of the Institute of Electrical and Electronics Engineers and the Professional Communication Society, which in 2000, established an Award in his name. In 1996 Red River College awarded him an honorary degree and he received many more accolades for his teaching and leadership, in Canada, the United States and Great Britain. It was Lisa who convinced him, at age 72, to try downhill skiing and mountain biking at Grouse Mountain, in B.C. In 1990 he returned to his love of flying, earning his glider pilot’s wings at the Winnipeg Glider Club shortly after his 70th birthday. He travelled extensively, eventually becoming a member of Air Canada’s million mile program. He continued teaching workshops into his ‘90s and only recently moved out of his home on Oxford Street and into the Shaftesbury Park Retirement Residence where he made many friends. At the Shaftesbury he met and became close with Isaac Gotfried. He helped Isaac edit and publish his gripping memoir Lucky to Survive. Isaac was a holocaust death camp survivor who testified against Nazi war criminals at the International Court and Tribunal in Dachau. Ron continued writing and editing both fiction and non-fiction right until the last weeks of his life. He had a great love for the theatre and in retirement became an award-winning playwright. Productions of his work have been mounted in Canada, America, New Zealand and Australia, on BBC Radio in the United Kingdom and on his beloved Island of Guernsey where he was a member of the Guernsey Amateur Dramatic and Operatic Society. His play Closure was recently turned into a feature film called Connecting Flights and is currently being released internationally. Ron is survived by his children Ian (Joanne), Andrew (Cindy) and Ali and her dog, Echo, who was a special companion for Ron; grandchildren Phoenyx, Graham, Edward, Caroline, Melanie and Krista, and great-grandchildren Noah, Heidi and Jonah. Ron also had a special relationship with his nieces Stephanie and Justine and their families. We will miss him terribly. He was an inspiration to all of us and we are celebrating his long life. A life well-lived. We would like to thank Ron’s many friends, colleagues and acquaintances who have come forward to share their memories of him. He was intelligent, gentle, kind, thoughtful and generous to all who knew him. The family would like to acknowledge the exceptional kindness and care shown to Ron and all of us over the last few weeks and months by the Shaftesbury Park Retirement Centre, the Riverview Health Centre and the staff of the Grace Hospice. In light of the pandemic, there are no plans for a service at this time. Those who wish to may make a donation to the charity of their choice, or to the Agape Table, in Winnipeg. Lift him now you mighty Merlins From Shakespeare’s mortal coil Plot a course for sunlit uplands Then on home to Oxford and Irene And eternal rest together In his Scepter’d Isle.
See more See Less

In Memory Of Ronald Stanley Blicq