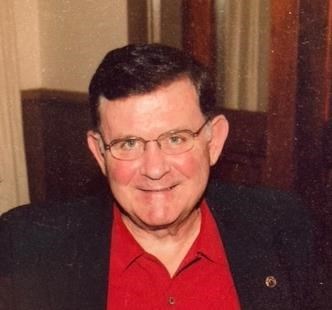 Jerome (Jerry) Newton Blanton, 78, of Windermere, Florida passed away on Sunday, January, 15, 2023. He is survived by his wife of 53 years, Jeannie Blanton, their 3 daughters, Carrie Blanton, Jennifer Lowery, Julie Posey, 5 grandchildren, and extended family. Jerry was born July 29, 1944 in Valdosta, Georgia. He graduated from Valdosta State College in 1965. After graduation, he served as an officer in the US Army from June 1966 to March 1969. Following his tour of service, he worked at Lockheed Martin for 37 years. During which time he obtained his Master’s Degree in Business from Rollins College. He was active in the Rotary Club of Windermere and later in the Rotary Club of Dr Phillips. He enjoyed traveling, cruising especially, helping others, and spending time with this family. He was loved and respected by many and will be deeply missed by those he loved. Funeral and burial will be private. Burial will be held at the National Cemetery in Bushnell, Florida.
See more See Less

In Memory Of Jerome Newton Blanton