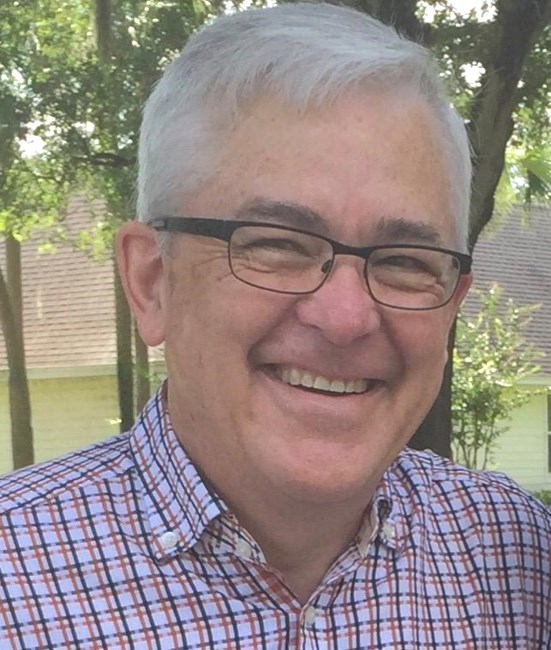 A worship service celebrating the life of Michael Lingerfelt will be held Saturday, May 19, 2018 at 1pm at the Downtown Baptist Church, Orlando, FL. Michael passed away peacefully in his sleep on May 9 and entered into Heaven. He was born November 19, 1956 in El Paso, Texas and all who know him realize how important being from Texas was to him. Texas was home no matter where he lived and being a Longhorn was central to who he was. He was a stand-out multi sport athlete whose love for the orange and white ran deep. In 1976 he married the love of his life, Rebecca (Covington) and in 1980 they graduated on the same day from the University of Texas. Michael earned a Bachelors in Architecture and went on to earn a Masters Certificate in Virtual Design from Stanford University. Michael designed projects that dot the landscapes of major cities around the world. His work has been enjoyed by millions and his pioneering efforts in public service brought comfort and relief to areas devastated by natural disasters. He partnered with major corporations such as Darden Restaurants and Chick-fil-a to design energy efficient buildings and enthusiastically served on boards across the state of Florida to encourage students who were entering the design industry. One of his most treasured career achievements was his elevation to the American Institute of Architects College of Fellows in 2012. He earned this honor for outstanding service and contribution to the profession, which was the root of his lifelong career. Of all his scope of work, it is undoubtedly his work as a Walt Disney Imagineer of which he was most proud. Serving as the Architect of Record for billions of dollars of construction including the redesign of Tomorrowland, renovation of Main Street, and creation of Mission Space, Disney Springs, Rock & Roller Coaster and Disney’s Animal Kingdom. Michael served the Lord faithfully in so many ways...high school Sunday School teacher, deacon, prayer warrior, and preschool volunteer. Behind the scenes he was quick to offer his expertise to churches who were renovating or designing buildings, saying he knew that “buildings don’t change people, but what goes on inside of them does.” He knew how to take the gifts God gave him and use them to further His kingdom. Above all, Michael loved and adored his family. He was a devoted and loving husband to Rebecca and was immeasurably proud of his children, son-in-law and grandchildren. He was an amazing Daddy and GDaddy and he brought joy and laughter into all their lives. His magnificent presence and undeniable legacy will forever be a part of his family. Michael is survived by his wife, Rebecca, daughter Melissa, son Grant, son-in-law Blake and grandsons Parker, Brody and Griffin. Donations can be made to fund a scholarship in his name at Student Leadership University, which is an organization near and dear to Michael’s heart.
See more See Less

In Memory Of Michael D. Lingerfelt

A Celebration of Michael's Life