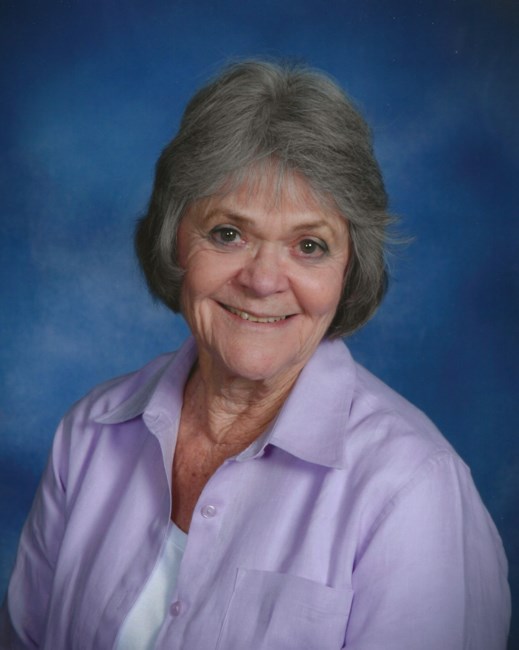 Morita Hadlock passed away at Winter Haven Hospital on August 10, 2022. She was born in Winter Haven, Florida daughter of Morita and Chester Mann, granddaughter of RD and Emma Sage. She and her younger sister grew up and attended the Winter Haven schools. After high school graduation, Morita went to Centre College in Danville, Kentucky. Before her junior year she transferred to Florida State University because she had decided to teach and wanted to be certified in Florida. She had always declared that she would never become a school teacher but after her freshman year of college, she went to a Red Cross training for Water Safety Instructors in Brevard, NC and then taught swimming during the summers. She was hooked, teaching it was. After graduating from Florida State University, Morita went to Brevard County to work. She taught fourth grade, a fifth and sixth combination class, and then became a Curriculum Coordinator, a position which required a master's degree so she earned an MA in elementary education from the University of South Florida. After briefly moving to Brevard, North Carolina after the birth of her son, Morita and son Greg moved to Winter Haven where she began teaching at Wahneta Elementary School. Several years later, Morita moved to Brigham Elementary School to teach fifth grade there. When there was an opening in the school library, she decided to take that position and once again went back to USF, this time for certification in library science. While serving as librarian, she was lucky enough to be part of the building of a new library media center. She had a lot of input in to the design of the building, learning a great deal from the architect and the school facilities personnel. Once in the new building there was always change and planning for change. When the school became a magnet school she worked with the county director of ITV to establish a school-wide closed-circuit television system and a TV studio to be manned by the children. Morita and Greg attended Beymer Methodist Church where she worked in the library, the nursery, with Greg's Cub Scout pack, served as youth coordinator for UMYF, taught on Wonderful Wednesday, helped with VBS, chaired Advent Workshops, served as church school superintendent, Lay Leader, and chairman of Staff Parish. She was active in an honor society for women teachers, The Delta Kappa Gamma Society International. She has been president of two local chapters, a member of the state-wide Leadership/Growth Committee for 21 years. This committee presents a four-day leadership seminar for state members each year. For eight years she functioned as chairman of the group and at one point was one of the six district directors for the state. Soon after returning to Winter Haven, Morita became part of a bridge foursome which has played together for close to 30 years. In addition to the bridge, she enjoyed reading, needle crafts, working in her yard, her dogs, and her son and family. Morita was always helping others in any and every way possible. Morita is survived by her son Greg Hadlock and his wife Stacie, granddaughter Brittany Taylor and husband Caleb and her 2 great-grandsons Rhett Taylor and Ryder Taylor along with several extended family members and a multitude of friends and church family who will miss her dearly. A memorial service for Morita will be held at 2:00 PM on Sunday, August 14, 2022 at Beymer Church, 700 N. Lake Howard Dr., Winter Haven, Florida 33881.
See more See Less

In Memory Of Morita Mann Hadlock