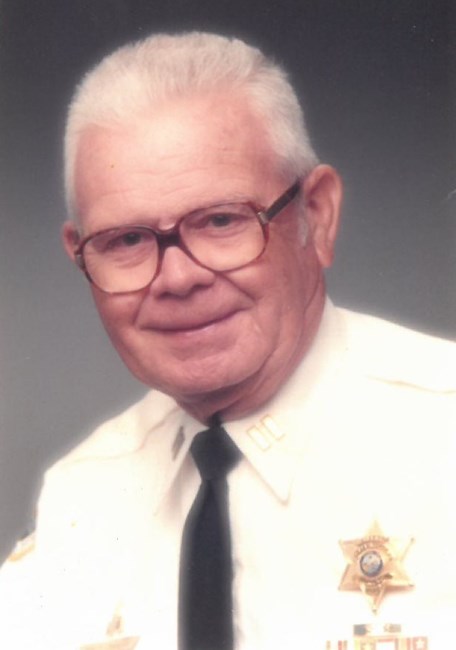 Jack Frazier Taylor, 92, of Orlando, Florida passed away peacefully, on August 19, 2019. He was surrounded by those that loved and cared for him. Jack was born to Thomas and Mame Taylor, on May 12, 1927 in Phoenix, Arizona. Mr. Frazier graduated from high school in Kentucky and received his Bachelor’s Degree from the University of Kentucky where he played trumpet in the UK Band. His college years were interrupted by World War II, he enlisted, and served in the Army Air Corp, and was stationed at Hickam Field in Hawaii. While there, Jack started a military band that represented the Air Field. In 1954, Jack began his career as a musician and band director, when he became a band director at Whitesburg High School, in Whitesburg, Kentucky. Within a few years, Jack accepted a band director position at Pikeville High School, where he continued to teach until moving to Florida in 1961. Jack continued his career in music and was named band director at Evans High School, in Orlando where he instilled the love of music in many high school musicians. Jack ended his career in education at Lockhart Junior High after more than 30 years teaching music. Jack married Alma Jean Johnson in 1986, and for the next 15 years they toured the country in their motor home visiting every state except Hawaii. Jack continued to play his trumpet and was apart of local “tailgating” bands, and the Sanford Yacht Club, where he was a long time member. Jack also had a call to serve and was an active member of the Orange County Sheriff’s Task Force for over 20 years, where he was often recognized for his outstanding willingness to serve. Anyone who knew Jack, knew that he loved flying, fast cars, music of any kind, and his Kentucky Wildcats, one rarely saw Jack when he was not wearing something with UK on it. For 91 and a half years, Jack led a life where he was always there to lend a helping hand when needed, and the picture of health. He had a habit of asking people how old they thought he was, just to hear them guess 10-20 years younger than his actual age. The last 8 months of his life were very difficult for Jack, as a decline in his mobility made him dependent on others, something that he was never used to doing, but he always made the best of his situation because he loved life and knew that he was surrounded by wonderful friends and family that would always bring a smile to his face. Jack is survived by his loving wife, Alma Jean Johnson Taylor. He is also survived by his two children, Jack Taylor and his wife Jonelle; Terri Bentley and her husband Bill. Jack has 5 grandchildren, Torie, Taylor, Stephen, Bonnie and Katie who will miss him greatly, as well as, 3 great grandkids. Jack is survived by his brother, Jim Taylor of Palm Coast, and was predeceased by his brothers Joe Taylor and Truman Taylor. On Saturday, September 7th at 1:00 PM we would like to invite all of Jack’s friends and family to come and remember Jack in a very special Celebration the Life Service. Please wear something blue in honor of Jack’s “Wildcat Spirit”.
See more See Less

In Memory Of Jack Taylor