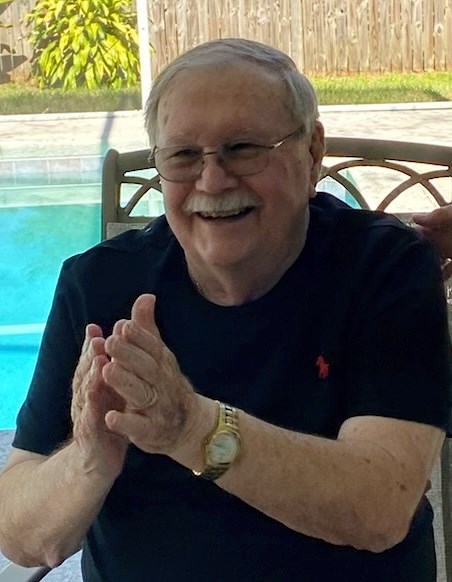 Sidney "Sid" Wilson Crouter, Jr., 81, of Winter Park, Florida, passed away on July 26, 2022. He was born in Suffern, New York on May 11, 1941, to Sidney and Lucille Crouter. Sid grew up in Suffern with his younger sisters Ruthie and Betty. He moved to Central Florida in 1970 and began working for Orlando Utilities Commission. Sid began as a meter reader, worked as dispatcher for 17 years, and finished his career as a field representative before retiring in 1996. Sid loved ALL music, especially jazz, and played saxophone and clarinet. His years in the band had a lasting impact and he had over 10,000 songs on his I-Pod! His musical tastes ranged from Classical to New Age. He also enjoyed spending time in the North Georgia mountains, fishing; and traveling--especially cruising with his wife and family. Sid is survived by his loving wife of 61 years, Marianne "MiMi"; daughter, Lisa Clifton; son, Paul (Laura); sister, Betty (Rick) Santomauro; 5 grandchildren, 6 great-grandchildren, and many beloved nieces, nephews, and their families. He was preceded in death by his sister, Ruth Strausberg. Sid and the love of his life, Marianne, met as kids in Suffern, New York. One of their favorite stories is Marianne riding her bike in front of his house every day until he noticed her! Their love story continued throughout their days at Suffern High School where they graduated with the Class of ’59. Sid and Marianne married on June 3, 1961. They made their home in Winter Park, FL. where they raised their children and welcomed their growing family with grandchildren and great-grandchildren. Sid was a loving husband, father, grandfather, and great-grandfather. He will be forever missed; his legacy of love will continue through his family. In lieu of flowers donations can be made in Sid’s name to The Cholangiocarcinoma Foundation https://cholangiocarcinoma.org/donate or to a charity of your choice.
See more See Less