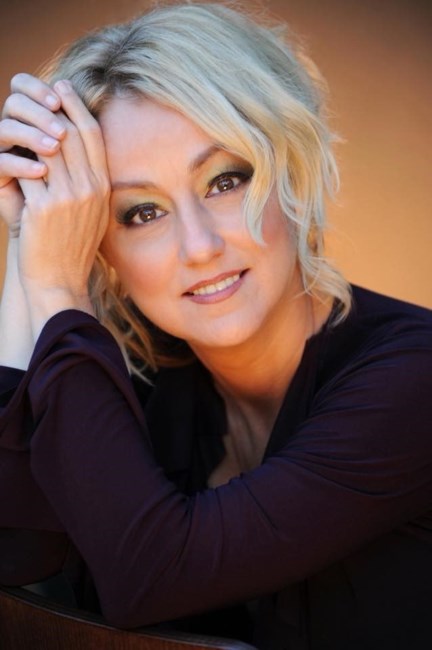 Yvonne Theresa Suhor, 56, died peacefully on September 27, 2018, at her home in Orlando after a ten-month battle with pancreatic cancer with courage and grace. She founded Art's Sake Acting Studio in 1997 after a successful performance career. Born in New Orleans, she moved with her father and five siblings to Champaign, Illinois, at age 15. She attended Central High School and Parkland College, then received a Bachelors degree in theater from Illinois State University. Subsequently, her Chicago stage credits included key roles in Steppenwolf Theater’s Grapes of Wrath and Lydie Breeze. Moving to Hollywood, her television roles included Lou McCloud for three seasons in ABC’s Young Riders, Cicely in an Emmy-winning episode of Northern Exposure, and guest appearances on Murder She Wrote, Star Trek: Voyager, and others. While in California, she received a Master of Fine Arts degree at the University of Southern California. Her performance experiences were the basis for fulfilling her first goal, a passionate desire to teach. In 1997 she established Art's Sake Studio in Orlando, guiding, directing and mentoring countless actors to discover their art. "Her legacy is unbeatable and undeniable--a brilliant, creative spark whose light continues to shine on through all of those who were blessed to be in her path and under her wing," said long time colleague Jennifer Jarackas. She is survived by her husband, actor Simon Needham; her father and stepmother, Charles Suhor and Deborah little; sisters Julie Alexander, Beth Suhor, Cathy Suhor, Dianna Hope, and Janet Kotlinski; brothers Michael, Paul (Garuda) and David Suhor; and a host of nieces, nephews, and former students. She was preceded in death by her mother, Jessie Miller Suhor; brother Stephan Sure (born Gregory Suhor); sister Jean (“DJ") Suhor; and niece Tara Reaves.
See more See Less

In Memory Of Yvonne Theresa Suhor