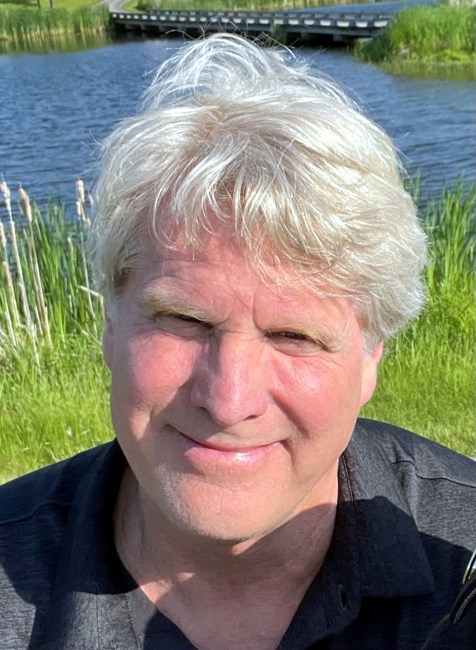 Loving Husband, Father, Papa, Uncle, Brother and loyal Friend, passed away unexpectedly on Saturday, July 30, 2022, of cardiac arrest. This site is dedicated to the celebration of the life of James “Jim” Felten, a life well played. Nationally known golf course consultant and developer with Arnold Palmer, Annika Sorenstam, Tom Weiskopf, Pete Dye, and more, Jim was loved by so many and had a smile for all. Born in Austin, MN, October 7th, 1957, to LaVerne and Jane Felten, Jim started talking at a very early age (and never really stopped). An active youth, LaVerne would say he was like watching a human pinball game. Jim attended Pacelli High School and graduated in 1976. Jim was a multi-sport athlete, holding the PHS record of three interceptions in one game, (or so he says.) Most importantly, he developed many lifelong friendships and a true love of golf. His graduation from Michigan State University was followed by an extensive career in golf course design, construction, and consulting, including helping with the preparation for all three US Majors in one season. Some of his projects included TPC Sawgrass, PGA West, Legends Golf Club, The Tournament Club of Iowa and many more. Jim worked with Tom Weiskopf, Pete Dye and helped construct several Arnold Palmer courses including Deacons Lodge and Arnie’s final project, in collaboration with Annika Sorenstam, The Royal Golf Club in Lake Elmo MN. Jim was a great storyteller with a huge smile and an infectious laugh! Among his stories he enjoyed telling everyone he was the youngest, strongest, smartest, tallest, and best looking of all his brothers. (Two out of five isn’t bad.) His love of life, family and friends was unsurpassed. He was that guy, that when you saw him or even just spoke his name, it simply made you smile. Jim was preceded in death by parents, LaVerne and Jane Felten; brother, Dale Felten ; brother-in-Law Mike Brown; nephews David Brown and Joshua Williams . Jim is survived by his beloved wife, Jeanne; son, Anthony (Jen); daughter, DelRae; daughter, Alexis (Matt) Zillmer; daughter, Makena; stepson, David Rogge (Jessica), stepdaughter, Sara Rogge; grandchildren, Jaxson, Colton, Charlotte, Easton, Tyler, Zach, Carter and Cora; the sister, Kay Brown and brothers, Gary (Susan) and Ron (Kim). As we grieve and celebrate together the great life of a wonderful man, the family is comforted in knowing that Jim was loved by so many. In honor of his memory and so the joy he brought lives on, we encourage all who wish to share their fond memories and photos here on his memorial website. “The man is a success who has lived well, laughed often and loved much.” Robert Louis Stevenson - Jim was just such a man. An Open House Celebration of Life will be held September 7th, 2022, from 3pm to 7pm at The Royal Golf Club, 11455 20th Street North, Lake Elmo, MN 55042.
See more See Less

In Memory Of James "Jim" Felten