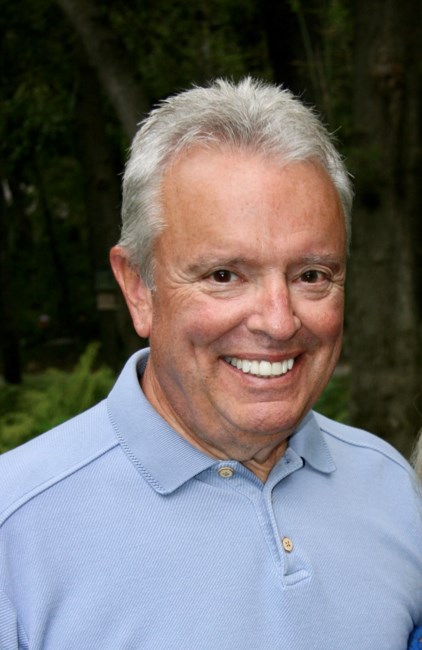 Joel A. Montpetit, age 77, passed away peacefully at his home in Woodbury, MN on October 13 after navigating life with Parkinson’s Disease for 16 years.

Joel was born on October 26, 1943 to Warren and Elizabeth Montpetit of St. Paul, MN. He graduated from Cretin High School in 1961, received his BA from Saint John’s University in 1965, and earned his law degree from William Mitchell College of Law in 1969.

Joel touched countless lives. He poured endless energy into his relationships, generously shared his talents, and invested in people. He took tremendous pride in his family, especially his children and grandchildren. He was the trusted advisor and the selfless supporter. Sunday family dinners brought Red’s Savoy Pizza and a swim in the pool (which he spent hours cleaning before anyone arrived). He orchestrated over 25 extended family vacations. He didn’t care where he went, he was happy to be with the people he loved.

Joel also loved the law and understood the practice to be a true honor and privilege. He was the founding partner of his firm in South St. Paul, MN. He served clients with distinction for over 40 years, and routinely went out of his way to help others. For ten years he served as General Counsel for Chris Craft Boat Company and Donzi Marine (Sarasota, FL). He earned numerous accolades for his work as a lawyer but found the greatest return on his life energy knowing he made a difference for someone else. He had a knack for remembering facts, people and stories, which contributed to his success as an attorney.

He was a leader in the community, coaching youth hockey for over a decade and serving as two-time president of the Woodbury Athletic Association. He served as president and lead fundraiser for the Hill-Murray Booster Club. He also promoted professional boxing, an endeavor that earned him a spot in the Mancini’s Sports Hall of Fame. He was a behind-the-scenes influencer for numerous other organizations, events and programs.

He had no shortage of hobbies and boating on the St. Croix River was at the top of the list. In 1988, he was a lead founder of the Bayport Marina Association, and in 2000 he served as the association’s Commodore. The marina was a place he loved and home to his Chris-Craft 410 Commander (the Sorceress). He thoroughly enjoyed hosting guests on his boat, and he entertained with his quick wit and one-liners. He also enjoyed history, skiing, his Harley-Davidson Softail Custom, good music, a cigar or a drink with great friends, travel, filling bird feeders and quiet evenings on his porch. On the weekends in the fall you could find him at Saint John’s, enjoying a football game. He was a diehard Johnnie fan. In 1984, he worked with Coach Gagliardi and Don Riley (longtime Pioneer Press sports columnist) to publish the book Gagliardi: The Coach, The Man, The Legend.

Although Parkinson’s caused him to pivot on many of his life plans, he remained a true model of grace, good humor, optimism, perseverance, and unshakeable faith. With Judy’s dedicated care and support, he lived comfortably at home and without complaint.

He will be missed beyond measure by his high school sweetheart and wife of 56 years, Judy (nee Arceno); his children Lisa Brabbit (Robert), Todd (Susan), Jeffrey (Karen) and Aimee Topp (Jeff); his 9 grandchildren: Emily and Alley Brabbit; Isabelle and Anna Montpetit; Lucas, Olivia, and Logan Montpetit; Carson and Ella Topp; his brothers Gene (Julie) and Jay (Shelley); in-laws Jackie (Sta’s) Mlynarczyk and Jill Trapp; his mother- and father-in-law Leona and Vince Arceno; and his many extended family members and friends. His extensive and diverse social circles brought him endless joy and positive energy.

MASS OF CHRISTIAN BURIAL will be FRIDAY, October 29, 2021 at 10:00 AM with a visitation 1 hour prior to service from 9:00 - 10:00 AM at Church of the Assumption, 51 - 7th St. West, Saint Paul, MN 55102. If you wish to join the Mass via LIVESTREAM, you can access it by clicking the "Join Livestream" Link below, under the Service section of this webpage, under Mass of Christian Burial.

In Memory Of Joel Allyn Montpetit