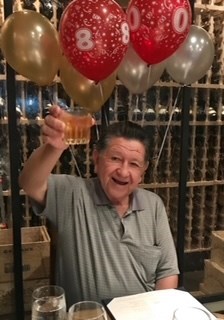 Pedro Pablo Coto, 84, passed away peacefully on Friday January 20th, 2023. He leaves behind his loving wife, Rosa, their children, Pedro E. (Chantal) Coto, Xavier R. (Donna) Coto, Vanessa (Tony) O’Neill and grandchildren, Melissa Coto, Jessica Coto, Sara Coto, Nico O’Neill, Paxton Coto and his two brothers Enrique and Francisco Coto. Pedro was one of six boys born to Enrique and Philadelphia Coto in the town of Palenque, Ecuador on May 19th, 1938. He grew up in Palenque, where he helped his father operate their large family farm along with his five brothers. When he turned 18, he served one year of mandatory military service. Upon completing his service, he started his electrician apprenticeship working on a large seaport renovation project in the town of Guayaquil, Ecuador. It was while working in Guayaquil that he met Rosa Rugel, the young woman who was to become his wife in 1960. Dreaming of a better life for himself and his young family, in 1967 he obtained a job in Los Angeles at the Beverly Hills Country Club (BHCC). With the kind of hard work and determination that was a hallmark of his character, he was able to save enough money for a lawyer to obtain the necessary travel visas and flights so his family could join him in the United States. This is also where Pedro became a big fan of Frank Sinatra who was a member of the BHCC. Pedro immigrated to the United States with his wife and two sons in 1969, beginning their new lives in the Bronx, NY before relocating to Astoria, Queens. In Astoria he and Rosa raised a family which soon included their youngest child, Vanessa, born here in the US. He became a skilled electrician and obtained a job in New York City working for Local 32-BJ as a Building Engineer. He worked his way up to Lead Mechanic and eventually maintained the iconic eleven-building “Tudor City” residential towers, working there for 33 years before retiring at the age of 62. Pedro enjoyed his retirement and always kept busy renovating and maintaining his three-family home in Astoria, NY. He was never happier than when busy fixing something, even long after he retired. He loved spending time and vacationing with his children and grandchildren. In our favorite picture of him, he is with Rosa making the heart sign during sunrise at the Outer Banks, NC a trip that he enjoyed immensely. He was a devoted and loving husband, son, brother, uncle, father and grandfather. Generous and kind, Pedro would do anything to help his family and friends. He will be greatly missed by everyone who knew him. Fond memories and expressions of sympathy may be shared at www.tmquinnandsons.com for the Coto family.
See more See Less

In Memory Of Pedro Pablo Coto