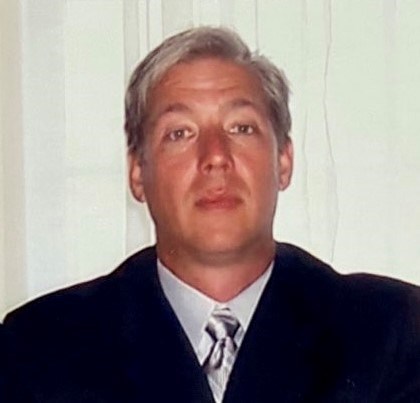 David Austin Benson, age 56, passed away in Adairsville, Georgia, after sudden cardiac arrest. He was born on November 16, 1966, at Patuxent River Naval Air Station, St. Mary’s County, Maryland, to Benjamin Zacharias Benson and Rose Marie McWilliams Benson. During childhood, he developed his love for fishing, hunting, cooking, and family time. Throughout his father’s 20-year naval career, the family was transferred to several duty stations on the East Coast and Hawaii, providing special memories of each location. David followed in his father’s musical footsteps and learned to play the trumpet on his dad’s horn, performing in school events. He was on the soccer team and lettered in the sport at Leonardtown High School, Maryland, graduating in 1984. In 1990, he married Aimee Lynn Tucker in Virginia, and Samantha is their daughter. In 1995, David married Patricia Hae Kyung Ham, and Andrew is their son. Bit by bit, David’s parents and siblings put down roots in Georgia. Love of family togetherness inspired David’s family to move there as well. David’s first career path was in the restaurant business. After more than a decade in the food industry, he changed direction and worked in various aspects of construction and telecom industries, gaining certifications and experience along the way. Having served in numerous managerial positions, his most favorite was operating his own construction business. From the lessons taught by his father and through his varied career experiences, David was a “Jack of all trades.” With his dry humor and quick wit, his straight-faced delivery of a clever line was often immediately followed by contagious laughter. David Benson is preceded in death by his father, Ben Benson. He is survived by his mother, Rose Marie Benson (Woodstock, GA); his children: Samantha Shelby Benson Arway (George Arway, Woodbridge, VA) & Andrew Christopher Benson (Acworth, GA); one grandchild, baby Arway (VA); his siblings: Ann Marie Benson Ameye (Michael Richard Ameye, Woodstock, GA), William “Bill” Patrick Benson (Woodstock, GA), & Marian Rose Benson Wright (Woodstock, GA); seven nieces and nephews: Jackson George Ameye (GA) & Sarah Ann Ameye Mazzarella (Joshua Vincent Mazzarella, GA), and Caitlyn Rose Wright (GA), Zachary Aaron Wright (GA) & Dominic Duncan Wright (GA); three great-nephews: Grason Thomas Mazzarella (GA), Bennett Austin Mazzarella (GA) & James Michael Ameye (GA), and numerous aunts, uncles, cousins, and lifelong friends. Having been baptized at Sacred Heart Catholic Church, David’s wishes were to come full circle and to be laid to rest where he was christened. The family of David Benson welcomes relatives and friends for visitation on Friday, February 10, 2023, at 9:30 AM at Sacred Heart Catholic Church, Bushwood, Maryland, followed by a memorial service at 10AM. Internment will immediately follow at Sacred Heart Cemetery. In lieu of flowers, memorial contributions may be made to the Gary Sinise Foundation, PO Box 40726, Nashville, TN 37204 or at www.garysinisefoundation.org. Fond memories and expressions of sympathy may be shared at www.woodstockfuneralhome.com for the Benson family.
See more See Less

In Memory Of David Austin Benson