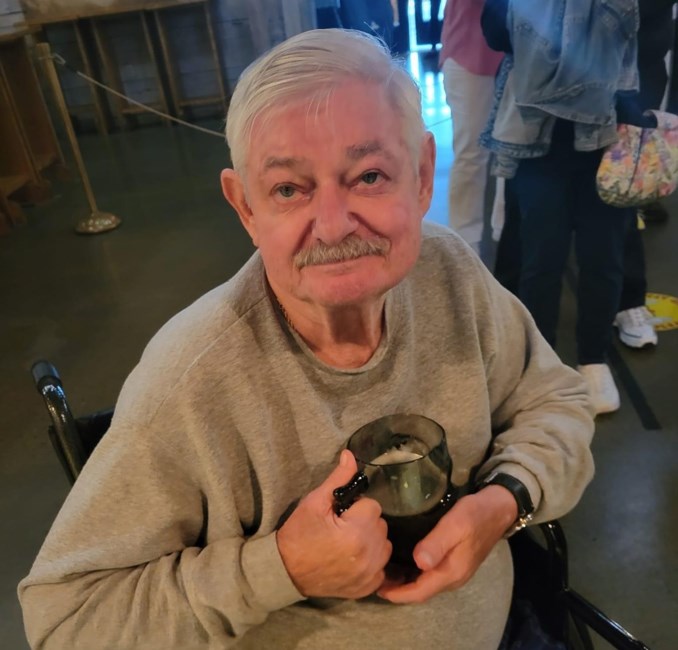 Edward Lee Fetters passed peacefully on Wednesday, September 14, 2022. He was born on July 17, 1945 in Columbus, Ohio to the late Edward Edwin and Garnett Louis (Thompson) Fetters. One of his biggest accomplishments was his family business FaSigns (Fetters and Sons Sign Company) that he and his father and brother started. Whitey, Dick and Eddie in the 1970’s. He was known for being hard working and passionate about his property and the many projects on it, such as the pond, shelter house and the beautiful home he built. He is survived by his two Children Donnie (Judy) Fetters and Sheri Fetters and John Chambers, future son in law, Grandchildren; Donyel (Adam) Russell, Ashlie Fetters, Clint Fetters and Nick Wolfinger, Great Grandchildren; Emmalie, Aliya, Isabelle Hall, Hayden and Sophia Russell, Michael and Daniel Cupps, Sister, Donna Powell and Bob Stewart and Brother, David (Lisa) Fetters & family, Nieces & Nephews; Larry, Debbie, Denise and Mike and multiple Great Nieces and Nephews. Eddie was predeceased by his parents, Edward E. Fetters, Garnett L (Thompson) Fetters, Step Mother Connie Fetters, Brother Richard Fetters A visitation will be held on Tuesday, September 20, 2022 from 5-7pm following a service at 1pm on Wednesday September 21, 2022 at SCHOEDINGER WORTHINGTON 6699 N High St, Worthington, Ohio 43085. In lieu of flowers please donate to Kindred hospice, https://app.etapestry.com/onlineforms/KindredatHomeFoundationInc/KAHF.html
See more See Less

In Memory Of Edward Lee Fetters