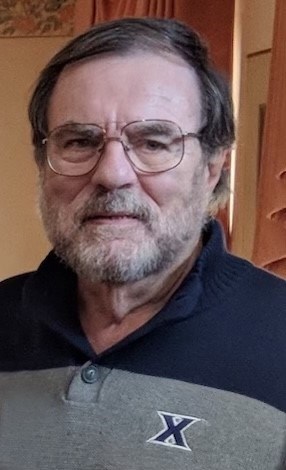 Steven J. Deerwester, age 77, passed away Saturday, January 14, 2023. He was born March 30, 1945, in Loveland, Ohio to the late Frank (“Dude”) and Mary Deerwester. Steve is survived by his loving wife of 35 years, Mary Jo (Cattey) Deerwester, children; Steven (Lindsey Elam) Deerwester and Marissa (Michael Powell) Deerwester, siblings; Mary Frances Deerwester of Nashville, Tennessee, Jerry (Betty) Deerwester of Louisville, Kentucky, and Sr. Mary Davyd Deerwester, O.P. of Nashville, Tennessee as well as many nieces and nephews. In addition to his parents, he is preceded in death by brother, Michael Deerwester and sister-in-law, Mada Deerwester. Steve graduated valedictorian from Loveland High School in 1963 before completing his undergraduate studies at Xavier University in 1967, then obtaining his Juris Doctorate from Case Western Reserve University in 1975. He spent his career serving his community as an Administrative Law Judge with the Public Utilities Commission of Ohio for almost 30 years, where his work on the original Ohio PIPP program helped keep the heat and power on for countless residents who could not have afforded to do so otherwise. Steve was a man of strong faith. He was an enthusiastic member of the St. Thomas More Newman Center community where he met his beloved wife, Mary Jo. They married on September 26th, 1987, and enjoyed a blissful marriage until Steve’s passing. Steve and Mary Jo had two children, Steven and Marissa, whom he loved dearly and enjoyed spending time with, especially coaching their youth sports teams. In his spare time Steve loved to read, cheer on our Xavier Musketeers, eat ice cream, travel, cook, and participate in his faith community, especially the St. Vincent de Paul Society. He was known for both his intellectualism and wonderful sense of humor.He was left handed and proud of it. He always enjoyed meeting other “lefties”. He fought a courageous battle against mesothelioma. Though he will be dearly missed, his memory will remain a presence in our lives. In Steve’s words: “Go Muskies!!!!” In lieu of flowers, please make a donation to, St. Francis of Assisi St. Vincent de Paul, 1949 Ridgecliff Rd. Upper Arlington, OH 43221, or Dominican Sisters of St. Cecilia 801 Dominican Drive, Nashville, TN 37228 or Xavier University College of Arts and Sciences 800 Victory Parkway, Cincinnati, OH, 45207 on behalf of Steve. Family will receive friends, Wednesday January 18, 2023, from 3-7PM at SCHOEDINGER WORTHINGTON FUNERAL HOME, 6699 N High Street, and Thursday January 19, 2023 at Our Lady of Victory Catholic Church, 1559 Roxbury Road, from 10-11AM, with a Funeral Mass to follow at 11AM, and reception to follow. A burial at Union Cemetery in Cincinnati, OH. Please send condolences or share a memory with Steven’s family. There will also be a celebration of life mass at Xavier University’s Bellarmine Chapel on March 30, 2023.
See more See Less

In Memory Of Steven J Deerwester