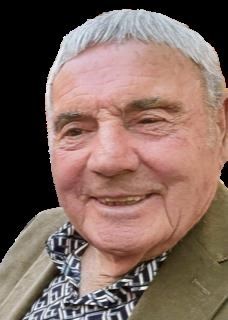 Frank Fitterer died on January 23, 2023. He was born in New England, North Dakota on January 4th, 1936. The fifth of six children, he is preceded in death by all of his siblings. He moved to Yakima at the age of 10 and lived here for the rest of his life. In 1955 he married Sharon Haight, his high school sweetheart. Sharon died in 2018 just before what would have been their 63rd wedding anniversary. During their last few years together, Frank graciously became Sharon’s tireless and patient caregiver, as his beloved wife’s health declined after years of suffering from MS. Frank and Sharon are survived by their four children; son Bruce Fitterer (Sally Aiken) of Spokane; daughters Jenifer Schultz (Rod Schultz), Joan Kirk (Greg Kirk) of Yakima and Catherine Wilbert (Michael Wilbert) of Covington, WA; nine grandchildren and four great grandchildren. Lucky in love, Frank married for the second time to Kay Silva in September 2019. During their time together, they made the most of life — traveling, visiting wineries, eating out and enjoying friends and family. Frank spent most of his life building custom homes throughout Yakima. He loved his work and earned a well-deserved reputation for quality craftsmanship and design. He loved all sports, (particularly football and baseball), cars, history, learning about his genealogy, and taking part in a good debate — particularly regarding current affairs and politics. Although exacting (he believed in a job well done), he was a very giving individual; often, but quietly going out of his way to help others. Those of us, who love him, found him exceedingly generous with his time and resources and will miss his continual love and support
See more See Less

In Memory Of Frank J Fitterer

A Celebration of Life will be held at a later date