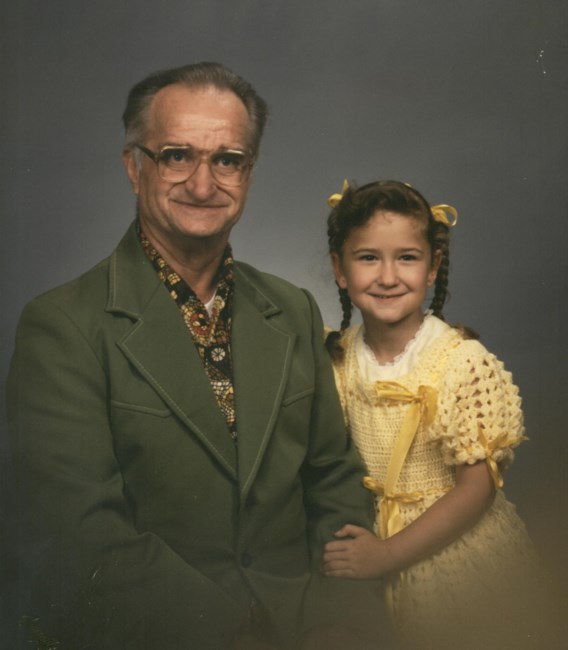 George Riley Harris, 90, of Yakima, WA went to hi Heavenly Home on March 1, 2018. George was born May 16, 1927 in Weston, OR to George Washington Harris and Frances M. Bowman. George joined the Navy in 1942 during World War II at the young age of 15. He was stationed on the U.S.S. Vella Gulf. At the end on WWII, his ship and its crew were located just off the coast of Japan. After finishing his assignment in the U.S. Navy, George returned to his hometown of Hermiston to help out his family and worked odd jobs. George was a proud Navy Veteran. George came to live with family in Yakima in the early 70s. He worked at Joseph's Fruit in the warehouse until he retired in 1990. George never married, but had many nieces and nephews that were like his own children. Many of them had him as their "father" figure in the absences of their own. George loved all things Mariners Baseball. He was able to attend a home game in October, 2016. It was a goal of his for years. George and Ron had a wonderful time the Mariners honored him as a veteran and the game even went into extra innings. He loved it! George was preceded in death by his parents, all of his siblings and numerous nieces and nephews. He is survived by Kandice (Matt) Flowers of Vancouver, WA, Shanna (Ron) Owen of Yakima, Michael (Mickey) Foote of Monroe, and many, many grand and great-grand nieces and nephews. A graveside service will be held at West Hills Memorial Park on Friday, March 30, 2018 at 1:00 p.m. To share a memory of George, please visit www.keithandkeith.com
See more See Less

In Memory Of George Riley Harris