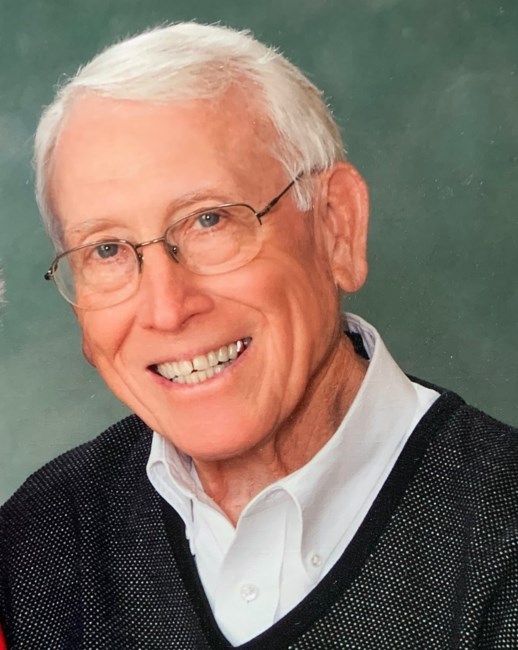 Dr. James Iver Abbenhaus, 86, of Yakima, passed away March 16, 2021. He was born April 1, 1934 in Burke, South Dakota to Raymond and Tracy (Eide) Abbenhaus. He lived in Yakima, Washington most of his life where he practiced Otolaryngology & Facial Plastic Surgery. He graduated from the University of Colorado Medical School and interned at Denver General Hospital & General Surgery at the University of Colorado. He went to the University of Iowa for a residency in Otolaryngology, Head and Neck Surgery. He taught at the University of Iowa as an Instructor and Assistant Professor. James and his wife Nancy moved to Yakima in 1970 where he began practice with Dr. James Egan and later with Dr. Michael Murphy. The three doctors performed some of the first major Head & Neck cancer reconstruction cases in the area. They also offered some of the first major facial reconstruction with facial plastic surgery. He continued to teach the local residents and medical students at WSU (WAMI) program as an associate professor through the University of Washington. He was active locally having been President of the Yakima County Medical Society, President of the Memorial Medical Staff, and President of the Regional Medical Staff. He also served on the Regional Hospital Board. He was a Trustee of the Washington State Medical Association for 6 years. He served on the Medical Qualification Association Committee and the State Judiciary Committee. He served in the United States Army 1957-59 and was discharged in 1998 as a Major in the USA Reserve. He was a member of the Rotary Club since 1971 and a Rotary Paul Harris Fellow. He was a member of the Elks Club since 1961 as well as the WSMA and YCMS. He was a fellow of the American College of Surgeons and American Academy of Otolaryngology Head & Neck Surgery, the American Academy of Facial Plastic & Reconstructive Surgery, American Board of Otolaryngology, American Society of Head & Neck Surgery, International Academy of Cosmetic Surgery, and the American Board of Cosmetic Surgery. After retirement he volunteered at the Yakima Union Gospel Mission and he remarked, it was “one of the greatest joys” of his life seeing patients and teaching medical students. He was instrumental in fundraising money to build the new medical clinic at the Mission. To know him was to love him and his amazing sense of generosity, quick wit, and humor. He is survived by his wife of 65 years, Nancy. Daughters Jamie Abbenhaus of Yakima; Amy Barlow of Portland & husband Darryk, granddaughters Ava & Ellen. Sons Paul Abbenhaus of Indianapolis & wife Linda, grandchildren Teresa, Eric, Steven, Elaine, & Thomas; Timothy John Abbenhaus of Olympia & wife Shauna, granddaughter Edith. Sister Imogene Mathews of Houston. Daughter Michel preceded him in death. He was a loving father and wonderful grandfather to all of his 8 grandchildren. Due to COVID 19 private services will be held. Internment will be at Terrace Heights Memorial Park where he will be placed by his daughter Micki. In lieu of flowers, please make donations to the Yakima Union Gospel Mission medical clinic in his name.
See more See Less

In Memory Of JAMES I. ABBENHAUS MD