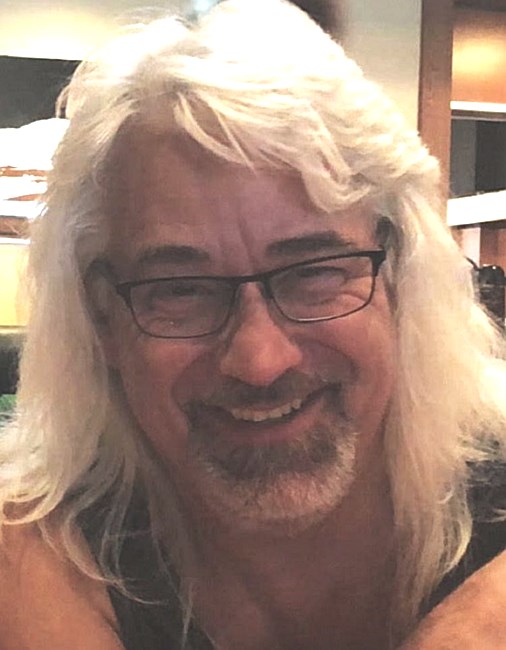 Yakima music industry icon, Mark Fullerton, passed away unexpectedly and suddenly in his home on the evening of August 9th, 2019. Mark recently celebrated his 57th birthday on July 20th surrounded by his family. While he was taken far too soon, Mark lived a very full and rewarding life in the 57 years we were blessed to have him. Mark was born in Portland, OR where he lived with his parents John and Genelle Fullerton, and his younger brother Mitchell Fullerton. The family moved to Fairbanks, AK and eventually landed in Bend, OR where Mark and his brother grew up. From a very young age, Mark developed a passion for music. He learned to play the saxophone and other instruments and was part of the school band from 3rd grade through graduation at Mountain View High School. He also taught himself to play the guitar and played in multiple rock bands over the years, one of which was with his brother Mitchell. He continued playing over the years with the Dazzling Suburbanites, X-Band, and was known for just popping up on stage to “jam.” Mark was proficient on many instruments but was an exceptional guitarist. His love and talent for the guitar allowed him to travel the world, led him to an extremely successful career, and was instrumental in landing his wife, Tani (along with his rock star hair). Mark got his first job in the music industry at the young age of 15, at Music Village in Bend, OR. In 1987, after a number of years as a touring musician, Mark was recruited by Randy Butler, owner of Lee’s Music in Yakima, WA. Randy recognized the great potential in Mark and asked him to be his store manager. After Lee’s burned down in 1992, he joined the Ted Brown Music family, where he worked for the past 27 years. He was hired as a manager and most recently served as the Purchasing, Marketing and Sales Manager for the company’s six retail locations. In July of this year, Mark received an award for Best Marketing and Sales Promotion at the summer National Association of Music Merchants (NAMM) convention in Nashville, TN. Mark’s work put Ted Brown Music in the industry spotlight nationally, as evidenced by their selection as one of the top 100 music dealers in the country. Those who were lucky enough to know or work with Mark, or even just encounter him one time, will attest to his love for music and his dedication to his work in the music industry. Mark was a devoted and loving husband to his wife, Tani Fullerton. Mark met Tani at Josephine’s Lounge (“The Hole”) in Prosser, WA, where Tani worked as a cocktail waitress and Mark played in a band with Tani’s cousin, Darren, who introduced the two. It was not long before he had reworked CCR’s “Suzie Q” into “Tani Lou.” After nearly 27 years of marriage, their love never dulled. The couple recently renewed their wedding vows celebrating their 25th anniversary in Cabo which is only a glimpse into the type of love and dedication that they showed one another every day. Mark and Tani have three daughters, Kylee Gehring (husband Zack), Kaylor Frederick (husband Dylan) and Kianna Fullerton. Mark and Tani also have one granddaughter, Thea Rae Frederick. Mark and Tani’s daughters were his world. His constant involvement and support are a testament to that fact. Mark also left behind his brother Mitchell Fullerton (wife Toni), father-in-law Clelan Terry, mother-in-law Jan Terry, brother-in-law Drew Terry, sister-in-law Dana Trapp (husband Ted), sister-in-law Jen Yegge-Terry, 12 nieces and nephews, and many dear friends, fellow musicians, colleagues and loved ones. Mark was preceded in death by his mother Genelle Fullerton and his father John Fullerton. A man like Mark may only exist once in our lifetime. Mark was full of life. He had a way about him that made everyone feel welcome and loved. He was the kind of person that made everyone feel they’d known him their whole life, even when meeting for the first time. He was always available with a helping hand, a voice of reason, and to offer some quick wit accompanied by a smart ass remark for all to enjoy. Mark will undoubtedly continue to live on through the impact that he has made on so many of us. There will be a viewing for the public at Langevin El Paraiso Funeral Home in Yakima, WA (1010 West Yakima Ave.) on Friday August 16th from 5-8 PM, and a Celebration of Life on September 2nd at Tailgaters Bar & Grill in Selah, WA (110 E. 3rd Ave., Selah, WA 98942) from 1 to 5 PM. Friends, family, fellow musicians and acquaintances are invited to toast some Jack Daniels and pay tribute to the wonderful life Mark lived. Musicians are encouraged to bring instruments for a monumental jam session in Mark’s honor. Donations to benefit Mark’s widow and daughters can be made via www.gofundme.com/f/paying-tribute-to-our-friend-mark-fullerton
See more See Less

In Memory Of Mark Bruce Fullerton