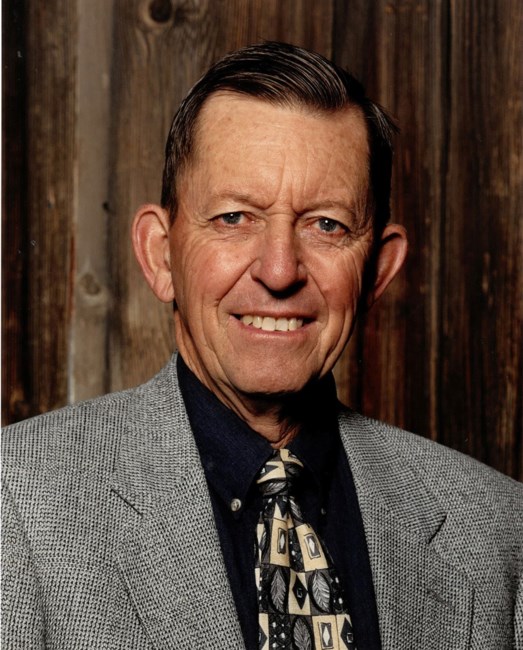 Dick Cowin was born on April 24, 1937, in Yakima, Washington, to Robert Cowin and Rowena (Bissell) Cowin of Wapato, Washington. He passed away on July 30, 2022, at age 85. He was the third generation of the family orchard and warehouse business, started in 1909, and eventually known as “Cowin and Sons.” Later on, he added “Cowin Brothers” to our ranch as his sons became active in the business. He grew up in a loving Christian home, surrounded by the orchard of cherries and apricots, with a view of the valley below and snow-topped Mt. Adams in the distance. His home was shared with his sister Mary and brother Don. He attended school at Parker Elementary where the playground was mostly dirt and rocks, and the students made their own activities, which could be dangerous at best. He was put to work at a young age and had to help take care of the horses that were used to work the ground, pulling the plows behind them. He also knew that he would one day be in charge, and so he graduated from Wapato High School in 1955 and from Washington State College (now Washington State University) in 1959 with a Bachelor’s of Science degree in horticulture. All the while he was involved in the work of the Christian Church as Youth Worship Leader for the State. He met his future wife, Joyce Asimus, at WSU during a meeting where he was presiding. They were married in Olympia on September 6, 1958, while Dick was a senior and Joyce was a junior. They had four sons: Douglas, Michael, Ronald, and James. Dick was a determined man who set high goals and worked harder and longer than anyone else to accomplish them. Like his father and grandparents before him, he cared about the people he worked with, whether it was in the orchard or packing in the warehouse. They formed bonds that lasted to this day, some having worked for the family for over 40 years. He also liked to be involved in the organizations supporting orchardists throughout the state. He served on the Tree Top Board of Directors for 27 years, enjoying the fellowship and knowledge he gained, and taking many trips to various places to learn more. He served as President of the Washington State Horticultural Association in 1987. He was on the Cherry Institute Board for a number of years, serving as President in 1968, and receiving an “Award of Merit” from the Northwest Cherry Growers of Idaho, Oregon, and Washington. In 1973, he was crowned Cherry King. He also served in many roles, including Elder, at Englewood Christian Church (Disciples of Christ) since its inception in 1958. He was happy to help serve food to the homeless at Camp Hope and to participate in other mission activities. He loved meeting people and interacting with them. He wanted to know all about each and every person because he was truly interested in them. Many a time he would be the last one to leave the table, while forgetting to eat if engaged in a conversation. Hiking, camping, fishing, and hunting were some of the things he enjoyed doing most when outdoors. The church had a backpacking group that ended up at Packwood Lake when Mt. St. Helens erupted in 1980. They found themselves in pitch-black darkness, with heavy ash falling, and quite a tale to tell afterwards. Dick’s greatest joy was his four sons who grew up to be outstanding Christian men. He had eight grandchildren and nine great-grandchildren who all attend church and believe that we are here to carry on the work of our Lord Jesus by helping those who are in need. Dick was preceded in death by his parents, Robert and Rowena Cowin, and by his brother Don Cowin. Surviving him are: his wife Joyce of nearly 64 years; his sons Douglas (Lena) Cowin, Michael (Mary) Cowin, Ron (Susan) Cowin, and James (Janice) Cowin; his grandchildren Larissa (Sam) Briesemeister, Faith (Nate) Robinson, Scott (Stephanie) Cowin, Amanda (Brett) Druffel, Josh Cowin, Christin Cowin, Sydney Cowin, and Megan Cowin; his great-grandchildren Everett, Coriana, and Aurelia Briesemeister; Rhys and Ryn Cowin; Isaac and Primrose Robinson; and Morgan and Kamryn Druffel; his sister Mary Rowena Cowin; and many nieces and nephews. Visitation will be held Tuesday, August 9, 2022 from 4:00 until 8:00 p.m. at Keith & Keith Funeral Home. A private Graveside will be held at Terrace Heights Memorial Park. A Memorial service will be held at 11:30 a.m. Wednesday, August 10, 2022 at Englewood Christian Church, 511 N 44th Ave. Yakima. Fond memories and expressions of sympathy may be shared at www.keithandkeith.com. In lieu of flowers, you may donate to Justice Housing of Yakima, P.O. Box 1097, Yakima, WA, 98907, in order to help build tiny homes for the homeless; or to a place of your choosing
See more See Less

In Memory Of Richard Earle Cowin