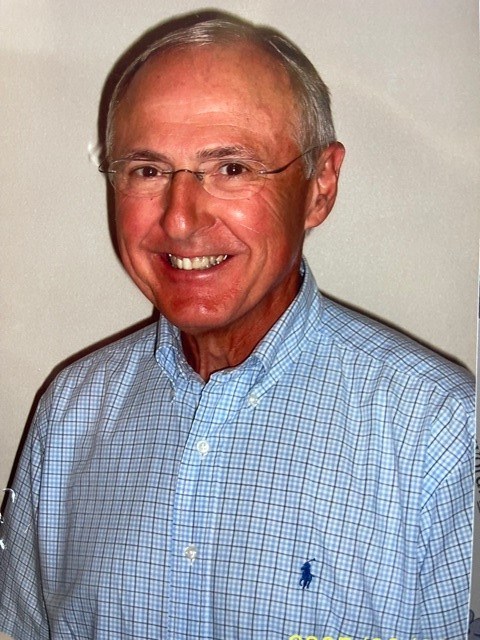 ROGER KURT CALHOUN passed away peacefully on Saturday, July 31, 2021. Roger was born on the “lucky leap year” day of February 29, 1944, in Puyallup, Washington to Custer and May (Gustafson) Calhoun. Roger grew up on a farm in Graham, Washington, where his mother raised him alongside his brother and sister, James and Jean. He started working at the age of three doing chores around the farm to help the family. Roger was known for his wonderful work ethic and contributed that to his childhood; telling stories of how when neighbors called him and asked for help, he was expected to go. His mother remarried and welcomed Roger’s younger sister Christine. Roger and Chris had a special bond and everyone knew how much he loved his little sister! In high school, he was active in 4-H and showed cattle. When he won a calf one year, he sold it and bought more calves. When he went to college, he had a small herd of cattle that helped him with college expenses. After high school, Roger attended Central Washington University and Washington State University (GO COUGS!) in Pullman. At WSU he credits Dick Bailey and Roger Decker with teaching him how to study AND play cards. He met and married his first wife, Barbara Hunt (recently deceased). He worked for Boeing for six-months prior to being drafted into the Army. He took an army test and scored very well in “electrical”. As the GIs were issued a number representing where they were going to be deployed, Roger had a random number and looked around frantically to find out where he was going. The sergeant told him he was going to Germany as the rest of the GIs went to Vietnam. Roger would later say that “You get one break in your life and that was mine.” When he left the Army, he continued his education at WSU and later went to the University of Puget Sound where he received a Master’s Degree in Business. Roger took a position as a loan officer with the Federal Land Bank and worked his way up in management while working in Mount Vernon, Vancouver, Spokane, Chehalis, Roseburg, and Yakima. In 1972 he welcomed his daughter Kristin Margaret and in 1975 his son Brett Roger entered this world. His move to Yakima proved to be a place he remained for the rest of his career, even while working from Headquarters in Spokane. At the end of his career, Roger retired as Senior Vice President of Corporate Accounts. He had 35 years with NW Farm Credit Services and was a very respected leader, mentor, and friend to many of his colleagues. He respected women in the workplace and found great joy in watching all employees succeed. He had a true passion in training and promoting talented employees to leading roles in the Farm Credit organization. In 1983 he met the love of his life, Barbara Howes. They soon married and enjoyed many adventures together as they traveled to Mexico, Hawaii, Scotland, Argentina, Germany and other places around the world. They often traveled with Roger’s good friend and his wife, George and Kay Allan. He and George both had a love for the outdoors and would often go cross-country skiing, hiking, snowshoeing, backpacking, mountain biking or anything to get outdoors and in the fresh mountain air. Roger was active in Washington Apple Education Foundation, Southwest Rotary, AgForestry and a longtime blood donor for the American Red Cross. In 2006, Roger welcomed his granddaughter, Ireland Victoria; in 2015 a grandson, Tucker Austin; and in 2016 he was blessed with his last grandson, Tate James. He was known for his love for his grandchildren; you could always see the joy he had for them in his eyes! He also was known for his love of animals – mainly Diesel, a Great Pyrenees/Anatolian Shepherd, Torie his black lab hunting dog, and Rock the Rottweiler. He was preceded in death by his mother May Curtiss, his step-father Ross Curtiss, and his father Custer Calhoun. Left to cherish his loving memories are his wife, Barbara Calhoun of Naches, his daughter Kristin (Ireland Davie) Wood of Selah, his son Brett (Carisa, Tucker Austin and Tate) Calhoun of Naches, his sisters, Jean (Carl) Dolley of Graham and Chris (Jim) Turcotte of Ocean Shores, and his brother, James (Jerrie) Calhoun of Alger, along with many very special nieces and nephews and friends that he loved, and love him so dearly. In lieu of flowers, please contribute donations to Washington Apple Education Foundation (www.waef.org) and Alzheimer’s and Dementia Research (www.alz.org). A Graveside burial will be for family with a Celebration of Life at a later date. Fond memories and expressions of sympathy may be shared at www.keithandkeith.com.
See more See Less

In Memory Of Roger Kurt Calhoun