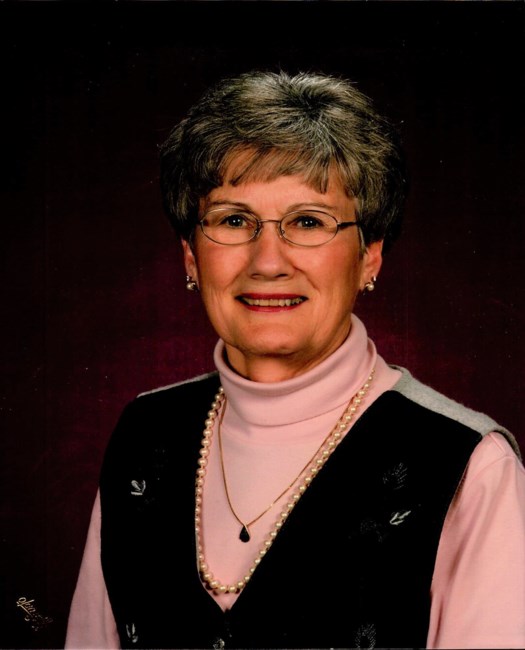 Heaven gained another angel on January 22, 2022. Rose Marie Boutillier began her faithful journey on this earth on July 25, 1933, when Herman and Anna Elmenhurst gave birth to a beautiful baby girl in Anthon, OK. The family moved West and eventually settled in Walla Walla. Rose Marie attended St. Patrick’s grade school and St. Patrick’s High School, where she was active in many clubs. This is also where she met her future husband, Ben Boutillier. Their long distance courtship began while he was serving in the Army and stationed in Alabama. On January 10, 1953, they were married in St. Patrick’s Church in Walla Walla and spent one year in Alabama, during which time their first child was born. Between 1954 and 1965, six more children arrived and she was busy taking care of her family. The family relocated to Yakima in February 1970. Shortly after the youngest child began school, she began her 25-year career at J.C. Penney, where she excelled at her job and made many long-lasting friendships. She retired early to be with Ben as he fought his battle with cancer. After Ben’s death in 1996, she became even more involved in her church life. She served as a Eucharistic Minister, visited the sick and often brought them Communion. She also volunteered in many church activities. She loved beach trips, camping trips, and cruises with family and friends. She was a devoted Mariners fan and made several trips to Spring Training in Arizona, with Bonnie, Betty Reed and Carol Cartier, and attended many games each season. She always made time for her grandchildren and attended many of their sporting events, near and far. She loved attending local theatre productions and Broadway shows with friends and her daughter Bonnie. She shared weekly lunches with her dear friend Nancy Mills for over 50 years. She was a Past President of YLI (Young Ladies Institute) and enjoyed 42 years as an active member. Mom was a very devout Catholic who lived her faith every day of her life. It was this faith that sustained her during her battles with cancer and dementia. She never lost her gentle spirit, her sense of humor or her desire to put others first, even during the difficult times. She attended Mass and prayed the rosary every day for most of her life. Both Mom and Dad made many sacrifices to provide a Catholic education for all of their children. For over 25 years she enjoyed breakfast with friends after Sunday Mass. Mom has always been patient, gentle, kind and caring. She shared her love so generously with everyone she met. She touched so many lives and was loved by many. She was an inspiration to her children and gave us a solid foundation on which to build our lives. She taught us how to live a good and faith-filled life and to trust in God. She was the true matriarch of our family and a saint on earth. We love you Mom and will continue to carry your love in our hearts, always. She was preceded in death by her husband Ben, her parents, her brothers Bud and Ken, and numerous brothers-in-law and sisters-in-law. She is survived by her seven children: Mary Kay (Terry) Jones, Theresa Boutillier, Shari (Steve) Petty, Bonnie Boutillier, Dan (Lorrie) Boutillier, Steve (Carrie) Boutillier, and Jim (Shelly) Boutillier; 18 grandchildren: Stephanie Godfrey, Tammy Newell, Randy Jones, Nicole Boutillier, DeOzhane Holland, Kyle and Ryan Petty, Arron and Casey Boutillier, Claire Hood, Lindsay and William Boutillier, Ashley Lukehart, Marie Wangler, Daniel, Julia, Brian and Jack Boutillier; 19 great-grandchildren: Zoey, Jacob, Addie, Vic, Will, Jackson, Jonah, Cole, Cheyenne, Everlee, Easton, Sawyer, Eden, Harrison, Benton, Gordy, Emmy, Everett, Brock, and one more on the way; and extended family Sharon Roloff and Elizabeth Holland. She is also survived by her siblings: Devert “Mike” Elmenhurst, George (Sandi) Elmenhurst, John (Doris) Elmenhurst, Norm (Pat) Elmenhurst, and Aggie (Bill) Munroe, and numerous nieces and nephews. The family wishes to extend thanks to Mom’s in-home caregivers, Angelena and Teri; the staff at Covenant House who lovingly cared for our mother the past 16 months; and Dr. Jeff Kaplan and his staff who cared for our mother with much tenderness and compassion for many years. Any donations in honor of Mom can be made to LaSalle High School or the Msgr. John Ecker Foundation, sent in care of Keith and Keith Funeral Home. There will be a time of visitation from 4-8 PM, Monday January 31, 2022, at Keith and Keith Funeral Home, 902 W. Yakima Ave., Yakima. A Vigil is planned during that time at 5 PM. A Mass of Christian Burial is scheduled for Tuesday February 1, 2022, 10 AM, at St. Paul Cathedral Parish, 15 S. 12th Ave., Yakima. Burial to follow at Calvary Cemetery. In order to respect the family’s wishes please wear masks as required by St. Paul Cathedral. To join the service via livestream go to www.facebook.com/StpaulCathedralYakima. If not using Facebook go to www.stpaulyakima.org.
See more See Less

In Memory Of Rose Marie Boutillier