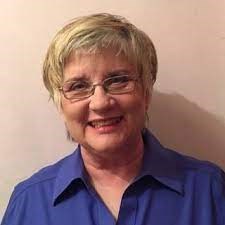 Sandi was born on March 23, 1953. Her early years were spent on her parents’ fruit ranch north of Wapato, WA. Sandi’s support of the family orchard led her to become an expert tractor driver when it came to harvest time for pears and peaches. Speaking of peaches, she was selected Miss Peaches and Cream for the Yakima Valley in 1972. That was a proud moment for her dad, for whom a bowl of fresh sliced peaches with cream was a seasonal treat for him and the family. Sandra graduated from Wapato High School in 1971 and later attended Washington State University for a time. Sandi was a caring person who was always willing to help others with her time and energy. She maintained numerous friendships, in part because of her compassionate heart. In the later years of her mom’s life, Sandi’s devotion to her care was instrumental in helping her stay in her home as long as possible. Sandi was a dedicated and hard working woman who never lacked in energy. She pursued several different careers over the course of her life, but none were as important to her as educating people on the Constitution of the United States of America. Sandi was a lover of liberty. She was part of the tireless minority and was always about keeping the Republic. She lived a life driven by passion and purpose for her country and her strong Christian faith. Sandi was currently the State Chair for the Republican Liberty Caucus and her work was integral in founding the first RLC in Yakima. She will be remembered for being the driving force for the STOP (So Tired Of Paying) committee, her Pro-Life stance, and as co-host of a local T.V. program, “If Not You Then Who”. She was the Facilitator for Center for Self- Governance, and co-founder of Yakima Freedom Partners. Sandi ran for Yakima City Council and worked on numerous campaigns including Ron Paul for president and Loren Culp for governor. Sandi is survived by her children Ali Vincent and Joseph Connors, her five grandchildren and by her brother David Belzer (Karen). She was preceded in death by her husband Phillip Brendale, her father A. Bruce Belzer and her mother Irene F Belzer. A celebration of life service for family and friends will be held on Thursday, October 14th at 2 pm at Keith and Keith Funeral Home in Yakima. A second event, Celebration of Life Rally, will be held on Sunday, October 17th.
See more See Less

In Memory Of Sandra Irene Belzer