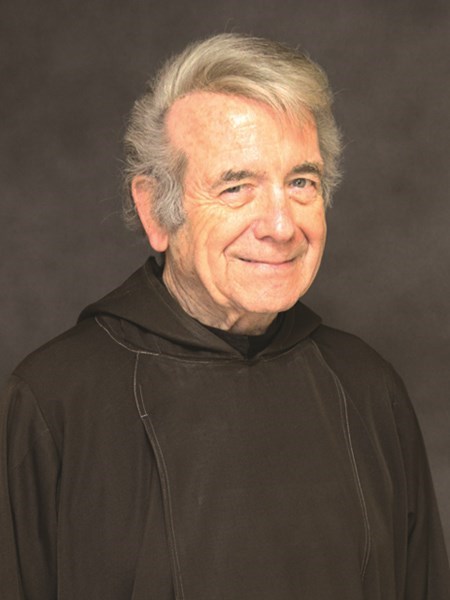 Father Paul Engel, son of Walter Engel and Rose Mary Jones, was born one of seven children in New York City on December 30th, 1937. He was baptized Anthony in Holy Spirit Parish in the Bronx and graduated from Rice High School in Manhattan. He entered the Capuchin Franciscan Order on August 31st, 1956, earned a Bachelor's degree in Philosophy at St. Anthony's College in Hudson, NH and his Theology degree at Mary Immaculate Friary in Garrison, NY. He was ordained to the priesthood on November 28th, 1964. He passed on to eternal life at the age of 84 on May 22nd, 2022 at St. Cabrini Nursing Home in Dobbs Ferry, NY. During his 66 years in religious life Fr. Paul served the Church and God's people as a very well-regarded parochial assistant in Massachusetts, New York and New Jersey; however, he was best known as the founder and longtime executive director of Downey Side, an adoption agency for teenagers. Early in his priestly ministry he came in contact with a homeless teenager and approached Ms. Margaret Downey to see if she had room for him in her home. At her "yes" a dream emerged and shortly after it became a reality. From 1967 until his death Fr. Paul spoke passionately about his belief that every young person deserved a family. Working with teens specifically, part of his legacy is that thousands of children didn't age out of Foster Care but rather permanently joined families- families who celebrate life and death through generations. Downey Side became a model which was replicated in many states. Fr. Paul was predeceased by his sisters, Mary Sweeney and Therese; and his brothers Harold and Peter and survived by his sister Sr. Elizabeth and brother Edward, his sisters-in-law, Eileen, Margaret, and Kathleen, 7 nephews, 6 nieces, and 18 grand nieces and nephews. He will be waked at Whalen & Ball Funeral Home, 168 Park Ave., Yonkers, NY on Thursday, May 26, 2022 from 3 to 8 p.m. The funeral Mass will be celebrated at Sacred Heart Church, 110 Shonnard Place, Yonkers, NY on Friday, May 27, 2022 at 11 a.m. Fr. Paul will be buried in the friars’ cemetery on the grounds of Sacred Heart Church in Yonkers, NY. Donations could be made to Downey Side Inc. (downeyside.org/donate) or to the Province of St. Mary of the Capuchin Order (https://www.capuchin.org/support/) Fond memories and expressions of sympathy may be shared at www.whalenandballfh.com for the ENGEL OFM. CAP. family.
See more See Less