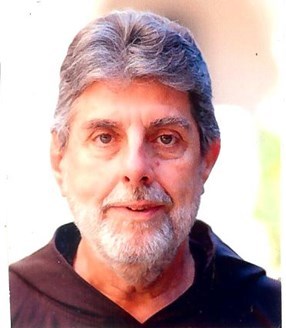 The Capuchin Franciscan Friars of the Province of St. Mary mourn the death of their brother Rev. Father Ramon C. Frias, O.F.M. Cap. who died in White Plains, NY on August 30, 2018 at the age of 79. Ramon was born to Ramon and Pauline Listro-Frias on May 13, 1939 in Brooklyn, New York. He attended P.S. 95 [Brooklyn, NY] 1946-1949; SS Simon & Jude [Brooklyn, NY] 1949-1953 and Lafayette H.S. [Brooklyn] 1953-1957. He attended St. John’s University [Queens, NY] 1960-1964, earning a BA in Sociology. Called to the priesthood, Ramon applied to the Diocese of Brooklyn in 1968 and began his studies at the Seminary of Our Lady of Angels [Albany, NY] 1968-1972 earning a Master in Divinity. Father was ordained to the Priesthood by His Excellency Francis John Mugavero on May 25, 1972. Father Ramon attended Hunter College School of Social Work [1975-1977] earning his M.S.W. specializing in Psychiatric Social Work. He then ministered as a therapist at Brooklyn Catholic Charities [Brooklyn, NY] 1974-1978. After eight years of discernment and “wishing to live a communal, prayer-filled Franciscan lifestyle”, Father Ramon entered the Capuchin Franciscan friars and was invested on August 30, 1980 at St. Francis Friary, Garrison, NY. Following his novitiate year, Father taught religion at Sacred Heart High School, Yonkers, NY [1981-1982]. He then became Catholic Chaplain at SUNY New Paltz with residence at St. Joseph, New Paltz, NY [1982-1987]. In 1987 Father served the Province as a Vocation Director with residence at Mary Immaculate Friary [1987-1988] and at St. Michael Friary [1988-1990]. In 1990 Father earned a Master’s Degree in Franciscan Spirituality from St. Bonaventure University. He would later serve as a lecturer at the Franciscan International Study Center in Great Britain [2002-2004]. Father ministered as a pastoral associate at Our Lady of Sorrows Church, NYC [1991-1993]. He taught Religion and Psychology at St. Francis High School, Athol Springs, NY [1993-1995]. He would also minister and reside at St. John the Baptist Friary, NYC 1995-2007 as a teacher at St. Agnes High School, parochial vicar of St. John the Baptist Church and later chaplain at a St. Mary children’s rehabilitation center in Ossining, NY. Following one year service at the Capuchin Franciscan Generalate in Rome, Father would return to St. John the Baptist offering parochial service [2008-2014]. In 2014, Father Ramon would be appointed Guardian at St. Conrad Friary, White Plains, NY with a weekend helpout ministry at St. Francis of Assisi Parish, 45 St. & 21st Avenue, Astoria, NY. Father was predeceased by a brother Peter Frias and survived by his cousins Lucy Bartolotta and her husband Matt and Peter Listro and his family. On Tuesday, September 4, 2018 viewing will be held at the Whalen & Ball Funeral Home, 168 Park Avenue, Yonkers, NY 10703 [914-965-5488] from 2-4 & 7-9pm.. There will be a Wake Service at 7:30 p.m. Funeral will be held on Wednesday, September 5, 2018 at the Monastery Church of the Sacred Heart, 110 Shonnard Place, Yonkers, NY at 11:00 a.m. A luncheon for family members and his brother friars will be held at the Sacred Heart Friary dining room following the interment at the Province of St. Mary Cemetery, Yonkers, NY. Whalen & Ball Funeral Home 168 Park Ave. Yonkers, N.Y. 10703 (914)965-5488 www.whalenandballfh.com
See more See Less