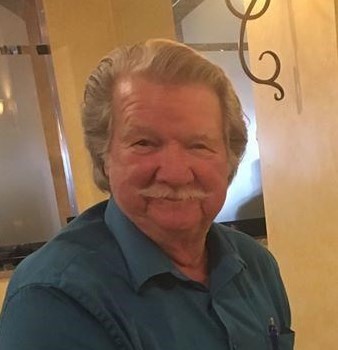 Thomas Joseph Swetz, age 82, an exemplary human being, son, brother, husband, father, uncle, cousin, in-law and friend, died on April 2nd, from complications of COVID-19 at Geisinger Community Medical Center in Scranton, PA., surrounded physically by the medical professionals in the Intensive Care Unit, and surrounded in prayer and in the thoughts of all who loved him. Tom’s indomitable spirit and generous nature endeared him to scores of people in all segments of society.Tom, son of Thomas (Tim) and Frances (Sajdak) Swetz, was born in Yonkers, New York on March 19, 1938. He attended Roosevelt High School, and entered the Army in 1956 to 1958, achieving an E5 rank. He was stationed at a Nike Missile Site in Cromwell, Connecticut. Tom met his future wife Carol, at a dance in Connecticut…..and the rest, as they say, is history. Thomas Joseph Swetz married Carol Ann Mangan on April 22, 1961. They remained a solid example of a wonderful marriage until Carol’s untimely death in April of 2013. Tom, a true man of faith, was very involved in St. Bartholomew’s Parish in Yonkers. He was a long-time member of the Holy Name Society, and a founding member of Broadway at St. Bart’s. He was a fixture at the church and elementary school, where he could fix anything, build anything, and created amazing scenery for the various musicals and school plays. Who can forget the St. Bartholomew Family Picnics? Tom worked at Timex and at Oil City in Yonkers and Greenwich, CT, as the carwash repairman for many years, before finding his niche at the United State Post Office in Harrison, where he was a gifted mechanic.Tom and his beloved wife moved full time to Gouldsboro, PA upon their retirement, and lived life to the fullest, making strong bonds of friendship. Tom always had a love for music, and played the clarinet and saxophone all throughout his life. In his retirement he joined many a community band such as the Yonkers Pops, The Yonkers Military Band, The Bronxville Pops, The Mount Pleasant Community Band, The Broome Street Bands, and many others. He was a great deal better musician than he thought he was. He will be remembered for the pride he had in his family, his ability to fix anything, his fantastic cooking and entertaining skills, his stubborn independence, huge heart, colorful personality, warm and welcoming nature, ability to make friends easily and his devotion to his family and faith. Let’s not forget that gorgeous head of hair and substantial mustache, the two-door, candy apple red Mazda Miata convertible, OR that booming voice on his answering machine: “Hello it’s me, Tom!” Left to honor his memory and continue his legacy are his daughter Donna M. Reynolds and her husband Andrew, his son Thomas Paul Swetz, and his wife Jacqueline, and his grandchildren Samantha A. Rothstein and her husband Brandon, Kenneth Joseph Clark, Patrick Michael Clark, and Thomas Joseph and Brandon Michael Swetz. Also his brother Edward Swetz, and wife Angelina, brother James A. Swetz, sister-in-law Wanda Swetz, niece Stacey Mulvaney and her husband William, and great niece Lia, niece Megan Swetz, and nephew Matthew Swetz, companion Dorothy Gentile, plus extended family and an inordinate amount of friends and fellow musicians.We send our heartfelt gratitude to the ICU Unit of Geisinger Community Medical Center, and the EMTs who assisted Tom in his hour of need. Special shout out to Ken Clark, for rushing to Tom’s aid, putting eyeballs on him, and reporting to his children. We are forever grateful. Unfortunately, due to the COVID-19 outbreak, there will be no traditional services at this time. The family is planning a virtual memorial in the short term, and a HUGE celebration of Tom’s life in the long-term, once life gets back to some semblance of normalcy. Stay tuned. The family requests donations to be made, in Tom’s memory, to The Geisinger Health Foundation. www.geisinger.org Scroll to the bottom of the page. Under CONNECT, choose Make a Gift. We thank you from the bottom of our hearts. Whalen & Ball Funeral Home 168 Park Ave. Yonkers, N.Y. 10703 (914)965-5488 www.whalenandballfh.com
See more See Less

In Memory Of Thomas J. Swetz

All services are private.