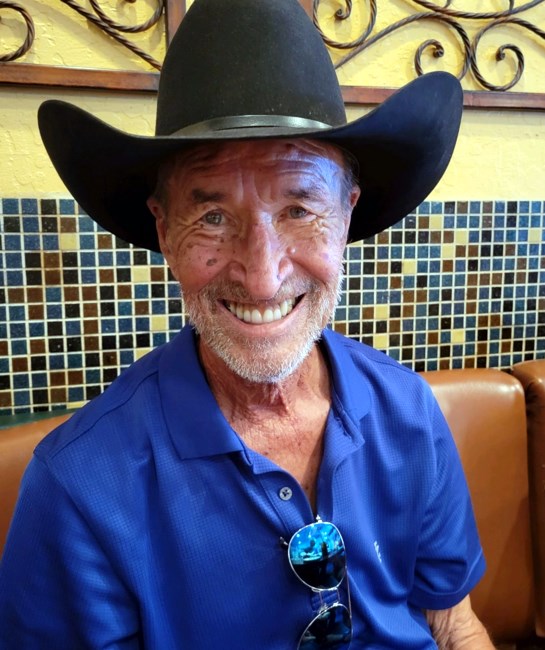 LARRY BOLTON OBITUARY Larry was a good man, a loving man and a forgiving man whose impact will be felt by many generations. He was Arizona through and through. He could often be seen in jeans, long sleeve shirt and cowboy hat in the middle of summer smoking a cigarette. Larry spent 33 and a half years working at the phone company. During retirement he built his home in Surprise and enjoyed gardening/landscaping and being around his pool. Larry Dale Bolton was a son, a brother, a father, a grandfather, a great grandfather, a husband and a friend. He passed peacefully at home on September 14, 2022. Larry was born on October 23, 1943 to Henry (Bud) and Ellen Bolton. He is proceeded in death by his son Travis, brother Darrell, Father Henry and Mother Ellen. Larry is survived by his wife Sharron, brothers Lyle and Gary, daughter Stacy and her husband Matt Davis, son Kevin and his wife Theresa, son Steven, nine grandchildren and two great grandchildren. Services will be held at Advantage Golden Door Chapel 11211 Michigan Ave Youngtown, AZ 85363 at 1pm Monday September 26th, 2022
See more See Less

In Memory Of Larry Dale Bolton