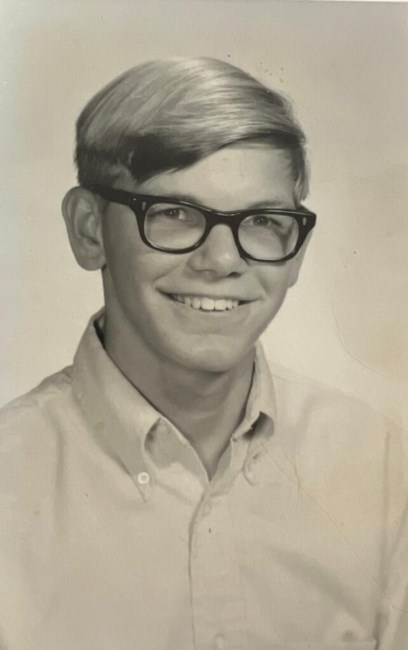 Roger Louis Fritz, age 68, of Brodhead, WI., moved on from this life on Saturday, January 14, to join his late wife Deborah Fritz (Mason). Roger was the son of Gottlob and Valoris Fritz and Helen ”Ruth” Fritz (step-mother), who preceded him in passing. Roger was brother to Raymond, Ronnie and Kenny Fritz, all also deceased. He was also brother-in-life to his closest friends, known affectionately as the “Roscoe 5” (Buzzard, Rudy, Big Joe, Dallas, and Roger). Roger was described by all that knew him as an easy-going person, who was always willing to help his family, friends and neighbors using his vast wealth of ingenuity and knowledge. Roger loved to spend his time treasure-hunting at auctions and garage sales for just the right collectible or piece of antique furniture, which he could coax back into beautiful condition. Roger enjoyed the outdoors and traveling, especially in the western United States. It was his and Deb’s dream to travel the west, after retiring, in their motor home while gold prospecting and adventuring. Roger was able to realize that dream during the past four years, after Deb’s passing. Due to his kind and generous nature, Roger of course made many new, great and dear friends on these travels. Roger is survived by his daughter Jessica, his son Jeremy, their spouses Paul and Tasha, and his cousin Bob. Roger was a proud grandfather to Jess and Paul’s boys, Evan and Jack. Roger enjoyed nothing more than spending time with Evan and Jack at Roger’s campsite in Sweet Minihaha, and rides with them in his golf cart. There were many great memories made during time spent kayaking and tubing down the Sugar River with his family. Roger was known to have a quick and subtle wit, and you often had to pay close attention in order to catch it. He continued using this subtle humor to get a laugh out of those around him, even up to his last days spent in the hospital at Banner University Medical Center, in Phoenix Arizona. The staff there said how kind and giving he was during his entire stay with them, despite feeling less than healthy. Roger was a tremendous example of how a person can live a life of happiness and fun, and of how to not sweat the small stuff. He will be greatly missed by his family and friends, in a world that seems a little less bright without him here with us.
See more See Less

In Memory Of Roger Louis Fritz