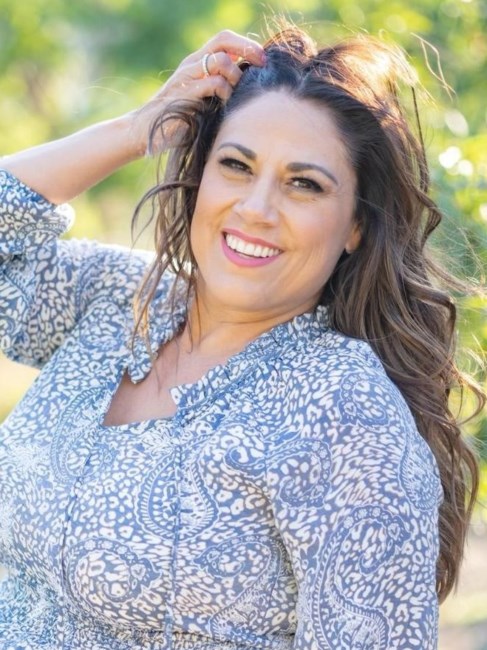 Christi Marie Davis (Montijo) devoted wife and mother, age 46, of Yucaipa, California went to be with her Lord and Savior Jesus Christ on April 29th, 2022. She was born to Shirley and Jerry Montijo on March 29th, 1976. She was a resident of Fontana until she married her high school sweetheart Brandon Davis on October 5th, 1996. They then moved to San Bernardino for 13 years, then to landed in Yucaipa for the last 16 years, where they raised 2 daughters during their 25 years of marriage. Christi lived her whole life in Southern California. Christi was bold and outspoken, had a heart of gold, a wonderful sense of humor and the most beautiful smile you've ever seen. Her quick wit and infectious personality even won over those with the hardest exterior. Christi is survived by her husband Brandon, daughters Noelle and Kenadi; mother Shirley, brothers Robert and David, and sisters Therese and Stephanie. She was preceded in death by her father Jerry Ignacio Montijo and her brother whose name is also Jerry. Fond memories and expressions of sympathy may be shared at www.weaverhughes.com for the Davis family.
See more See Less

In Memory Of Christi Marie Davis