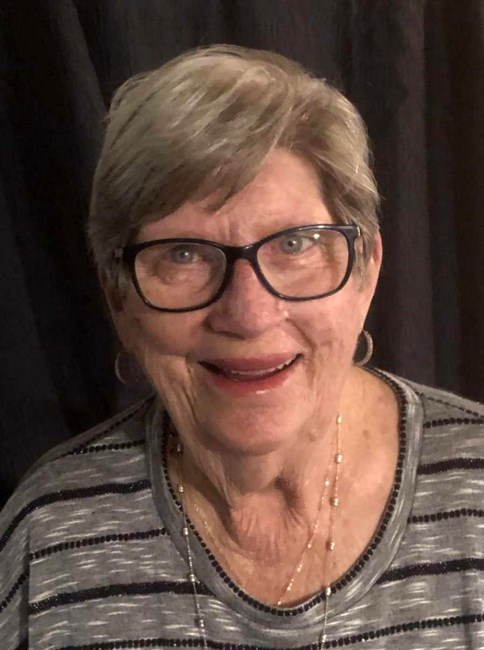 Barbara Hartman Snow, 80, of Yuma, Arizona, passed away on Friday, December 11, 2020, at Yuma Regional Medical Center (YRMC), due to complications from COVID-19. Barbara was born in Yuma on September 11, 1940, to Frank J. and Neva (Struve) Hartman, who started farming in Yuma in 1935 on 80 acres, instilling in their daughter a lifelong love and appreciation for agriculture. After graduating from Yuma Union High School and College of the Pacific, Stockton, California, Barbara took the proverbial road less traveled, finding home and community in far-flung places around the world. The spirited farm girl from Yuma bloomed where she was planted, living in Lebanon’s Bekaa Valley, a center of agriculture from the time of the Roman Empire, and in Beirut. Barbara also lived in the culturally-rich cities of Accra and Tamale in Ghana, West Africa, and in bustling Lima, Peru. She lived in Wenatchee, Washington; Salmon, Idaho; and San Diego, California, where her grandfather on the Struve side developed the Crown Point community. She owned and operated an Indian jewelry business in Sausalito, California. Her creative endeavors in California brought her into contact with iconic artists and musicians of the 1960s, including Janis Joplin and Jerry Garcia. Barbara loved art and music, and studied Middle Eastern dance. She was an avid fan of social media, and a witty and compelling presence on Facebook. Unconventional, intellectual, curious, and free-spirited, Barbara possessed an unbridled passion for life and adventure, which took her off-the-beaten-path in her travels to Europe, Japan, Taiwan, the Philippines, Mexico, and throughout the United States. She was a citizen of the world, but returned to Yuma, her first home and her roots, after the death of her father and her last husband, Carson Snow. She spent the ensuing years co-managing the family farm and helping to raise her grandchildren. Barbara was equally prolific and generous in her volunteer efforts. She was a cooperator and an elected supervisor of the Yuma Natural Resource Conservation District (NRCD) for 14 years, known for her tireless work with the State on agriculture issues, and her steadfast commitment to farmers and ranchers. She loved attending Arizona Association of Conservation Districts meetings and conferences. She was a member of the Yuma Elks Lodge 475, and a Rotarian and Board member of Yuma Sunrise Rotary. For several years, Barbara served as President of the Board of the Saguaro Foundation and President of the Yuma County Historical Society. She was a delegate to the Republican Convention for George W. Bush, a member of the Republican Party, and a Precinct Committeeman. Barbara is survived by: three sons, Frank Alexander Berry, David Berry, and Carson Newton Snow; four grandchildren, Alex Vaneigh Jones, Nicolas Austin Berry, Cassidy Eve Berry, and Jake McClain; a great grandson, Parker Gage Berry; a sister, Sheryl Hartman Christenson of Yuma; a sister-in-law, Susan Berry of Flagstaff, Arizona; and two nephews, Carl J. Christenson (Kristi), and Roy Christenson (Candice). Barbara is proceeded in death by her grandparents, Frank J. and Agnes Hartman, and Roy E. and Autumn Struve; parents; a son, Vasken Kassardjian; husband, Frank Alexander Berry; and husband, Carson Newton Snow. Barbara was a lifelong member of the First Presbyterian Church of Yuma, 598 S. 7th Avenue, Yuma, AZ, 85364, and was a Deacon for several years. She was a true Christian whose deep faith was an inspiration to everyone who knew her. The family is grateful to the wonderful staff at YRMC for their excellent and compassionate care during Barbara’s fight. Services are Friday January 22, 2021 at 10 am at the First Presbyterian Church, 598 S 7th Avenue, Yuma, AZ 85364. In lieu of flowers, donations in Barbara’s memory may be made to the First Presbyterian Church of Yuma 598 S 7th Avenue, Yuma, AZ 85364 or Elks Foundation, Yuma Lodge 476, 1817 W. 32nd Street, Yuma, Arizona, 85364. Fond memories and expressions of sympathy may be shared with the Snow family below.
See more See Less

In Memory Of Barbara H. Snow