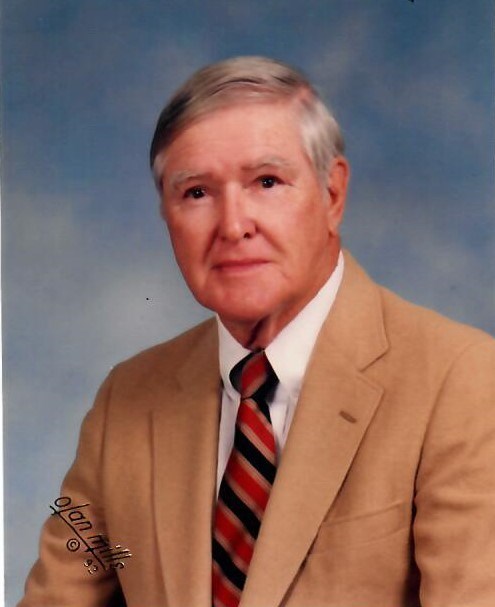 Thaddeus Grenville Baker joined the Lord on July 22, 2019. Born in Ambrose North Dakota on May 4, 1922 he was the youngest of seven children. The family moved to St. Paul Minnesota when Thadd was a boy. Thadd attended the University of Minnesota. His studies were interrupted by WW II when he enlisted in the Navy. While in the service he was a Communications Officer on the staff of General MacArthur. Following the war, he returned to the university and graduated in 1946. After graduation, he moved to Washington DC to work for Minnesota Senator Joseph Ball. While there, he met Mary Ann Lund and later married her in November of 1948. They moved to Boulder, Colorado to attend law school at the University of Colorado, Boulder. Thadd and Mary Ann moved to Arizona while Thadd was studying for the Colorado Bar exam. They fell in love with the state and decided to take the bar there and make their life in Phoenix. When the Korean War broke out, Thadd was recalled to the service. While stationed in Great Lakes Illinois they gave birth to their first son; Thaddeus Grenville Baker Jr. At the end of the war, they returned to Arizona to work for the Arizona Attorney General. They later found new opportunities in Yuma, Arizona and moved there in 1953. In 1954, Barton Lund Baker joined the family. In 1956, the couple had their third son, Scott MacMillan Baker and in 1958, another son, Gregory Clauson Baker, was born. Thadd built a thriving legal practice specializing in water rights. Two cases took him before the Supreme Court of the United States. He was on the legal team that resulted in ratification of the “Colorado River Compact” in 1958, which was the division of the Colorado River water between multiple states and Mexico. He was active at St. Paul’s Episcopal Church, past president of Yuma County Bar Association and involved with the Republican Party. He served on the board of directors for the Yuma Golf and Country Club. He was a board member and secretary of KBLU radio & TV station and a member of the Advisory Board of the University of Arizona Heart Center. Outside of his law practice, Thadd enjoyed a variety of interests: golf, tennis, snow skiing, water skiing, sailing, hunting, fishing and camping. He was enthusiastic about classical music, art and gourmet cooking. He and Mary Ann loved to travel and over the years they managed to cover most of the globe. Thadd lost his wife of 59 years to cancer in 2007. In 2012, he found a new partner, marrying Sally Houston. They shared many good times in his final years and she cared for him when he needed it most. Thadd is preceded in death by; Mary Ann and his son Thaddeus G. Baker Jr. He is survived by; wife Sally Baker, son Bart and his wife Debbie Baker of Yuma, son Scott and his wife Franceska Baker of Tucson, son, Gregg and his wife Georganna Baker of Temecula, California, plus 14 grandchildren; Matt Carter, Harris and Grant Baker, Clay and Tess Baker, Hannah Best, Wesley, Lauren, Megan, and Bobby Baker, Layne, Blythe, Quinn and Nate Baker. He also had two great grandchildren; Bennett and Adeline Best. A memorial service will be held Saturday August 31 at 10:00am at St. Paul’s Episcopal Church, located at 1550 S. 14th Avenue, Yuma, Arizona 85354.
See more See Less

In Memory Of Thaddeus G Baker