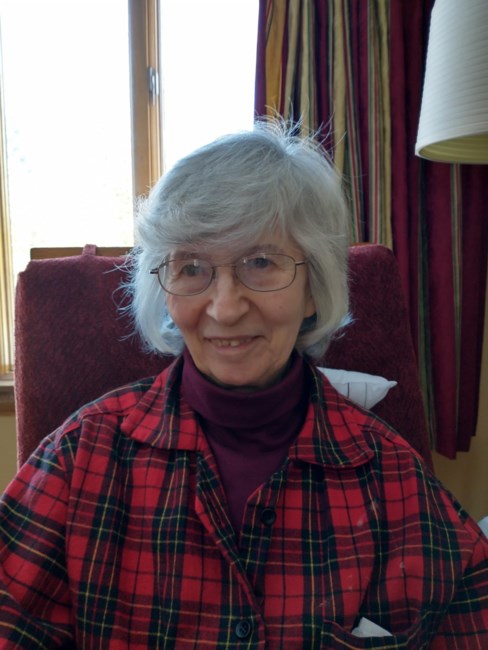 Lorraine G. Caron died peacefully on September 22, 2022, at age 78 in her home surrounded by family. Born December 28, 1943, Lorraine is the daughter of Cecile and Alphonse Dionne. She attended Lewiston High School and went on to receive her RN License from St. Mary’s School of Nursing. She worked for over 26 years at Franklin Memorial Hospital in Farmington; from there, she spent 13 years at Medical Care Development teaching CRMA classes. Lorraine married Joseph Armand Caron on January 8, 1966, and they were devoted to each other for 56 years. They had five children Sonia (Andy) Schmeltzer, Philip (Amy French) Caron, Rachel Caron, Angêle (Paul Jackson) Caron, Marc Caron, and three grandchildren, Amanda (Mike) Nelsen, Shane Schmeltzer, and Natalie Rechholtz. Lorraine spent her spare time with her grandchildren and children; when she wasn’t with them, you could find her gardening or quilting. Fall was her favorite time of year; she spent many days hiking, camping, and apple picking. A memorial visitation will be held on September 29th from 2-4PM and 6-8PM in The Fortin Group Funeral Home, 217 Turner St. Auburn. The following day on September 30th, a memorial mass will be held at St. Rose of Lima Church, 1 Church St, Jay, ME 04239, at 11AM. In lieu of flowers, please consider donating to: Androscoggin Home Healthcare + Hospice ATTN: Development Office 15 Strawberry Avenue Lewiston, Maine 04240
See more See Less