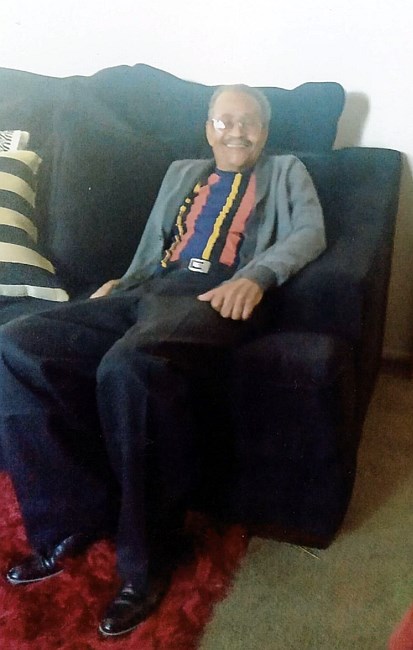 Curlee Bradford was born on July 12, 1940, in Little Rock Arkansas, the oldest of four children born to Willie Bradford and Ossie Lee Wright. The family moved to California where Curlee attended local schools and graduated high school in Shafter, CA. He excelled in sports and loved to hunt, fish, go to the casino’s and play pool. After high school, he worked for Mobil Chemical for many years eventually becoming a Supervisor. He later worked for the Bakersfield Public School District where he eventually retired. Curlee married Wilma Anderson (Bradford) and from this union were born three daughters, Traci, Leslee and Gabrielle. Curlee accepted Christ and was baptized on March 28, 2010. He attended St. Paul AME Church in Pixley and Anchor of Hope in Bakersfield for many years until his illness prevented him from attending but he never stopped loving and talking about the Lord. Curlee will be remembered for his quick wit, easy smile and gift of gab. He could talk about anything for hours. He will be truly missed by his family and close friends. Curlee is preceded in death by his parents, Willie Bradford and Ossie Lee Cobb, daughter Leslee Manigo, his brothers, Willie Bradford, Jr., James Bradford and Henry Bradford, sister Halean Cobb. Those left to cherish his memory include his daughters, Traci Bradford Walker (Michael), Gabrielle Bradford Thomas (Michael), grandsons, Alex Manigo, Gabriel Thomas, Brendan Manigo and Matthew Thomas, Sister Geraldine Smith, brother Zachary Bynum, son-in-law John Manigo and Devoted Partner, Stella Stokes and family. A Host of nephews, nieces, cousins and friends. A funeral service for Curlee will be held Monday, October 17, 2022 at 9:00 AM at Hillcrest Memorial Park and Mortuary, 9101 Kern Canyon Road, Bakersfield, CA 93306. A graveside service will occur Monday, October 17, 2022, 9101 Kern Canyon Road, Bakersfield, CA 93306. A visitation will occur Monday, October 17, 2022 from 8:00 AM to 8:55 AM, 9101 Kern Canyon Road, Bakersfield, CA 93306. Fond memories and expressions of sympathy may be shared at www.hillcrestmemorial.com for the Bradford family.
See more See Less

In Memory of Curlee Bradford