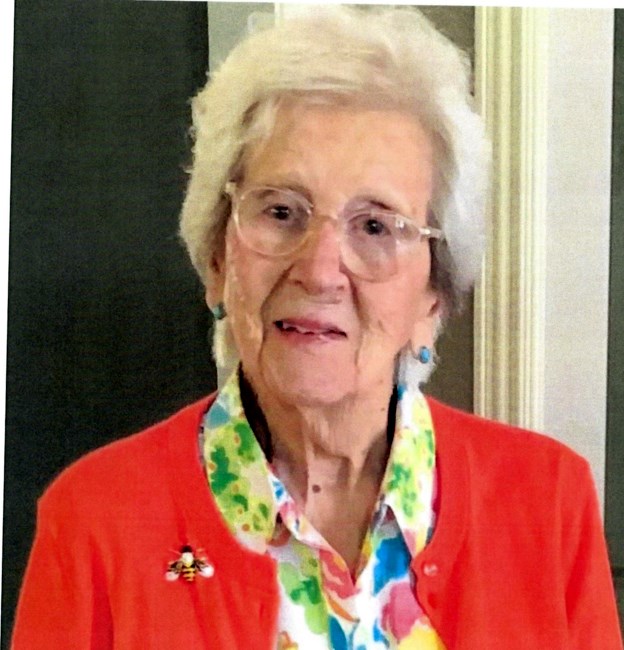 Margaret Smith Freeman born April 28, 1924 was originally from Clarksville, TN but spent much of her life in the Birmingham area. She peacefully passed away August 12, 2021 at the age of 97, surrounded by her girls and family. She was predeceased by her husband, Charles Lee Freeman. She is survived by three daughters: Susan Seward (Richard), Sandi Gornati (Gary), Shawn O’Brien (Patrick); five grandchildren: Mark Naugle (Rachel), Lauren Seward, Brian Naugle (Leeza), Haley O’Brien, Logan O’Brien (Judi); seven great-grandchildren: Noble, Parker, Phoebe, Oswin, Fletcher, Niles, and Ava; and a soon-to-be eighth great-grandchild. As a young woman, she worked at a children’s clothing shop in Homewood. She later changed her line of work and had a long career in the printing industry starting with Oxmoor Press and later retiring from Craftsman Printing. However, her retirement was anything but sedentary. She continued working for many years, returning to a job in retail and officially retiring at 95. She recently celebrated her 97th birthday, her favorite way, at a garden party with her friends and family. One of her greatest joys was to see her grandchildren and great-grandchildren. She loved them all. The hobbies she enjoyed the most were gardening, bird-watching, and playing word games. In true “Marge form”, she made friends all over the country playing Words with Friends. For many years, she attended Prince of Peace Catholic Church. She loved music and particularly enjoyed the choir. A Memorial Service to celebrate Margaret’s life will be held at 10:00AM Saturday, August 28, 2021 at Prince of Peace Catholic Church located at 4600 Preserve Pkwy, Hoover, AL 35226. In lieu of flowers, the family request donation in her honor to be made to the Breast Cancer Research Foundation of Alabama.
See more See Less

In Memory of Margaret Smith Freeman