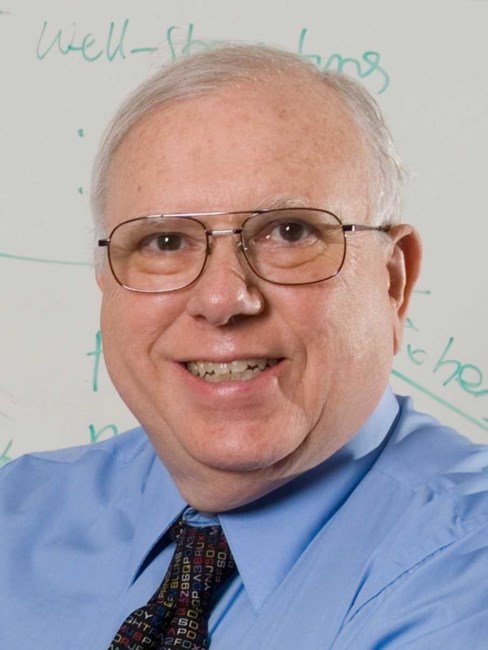 Jon Michael “Mike” Dunn, age 79, of Bloomington passed away peacefully on Monday, April 5, 2021, with his family at his side. Born June 19, 1941 in Ft. Wayne, Indiana, he was the son of John and Philomena (Lauer) Dunn. He met his future wife, Sarah Jane “Sally” (Hutchison) Dunn in 1959 during their first week as students at Oberlin College, from which he received an A.B. in philosophy in 1963. He went on to the University of Pittsburgh to receive a Ph.D. in philosophy (logic) in 1966 and then served on the philosophy faculties of Yale University and Wayne State University before coming to Indiana University in 1969. Mike worked at IU for nearly forty years as a faculty member, researcher and administrator, serving twice as chair of the Department of Philosophy, as the first executive associate dean of the College of Arts and Sciences and as the founding dean of the School of Informatics, now the Luddy School of Informatics, Computing, and Engineering. After his retirement from IU in 2007, he continued his research and service work until very recently. He was the author or co-author of six books and over 100 papers and chaired 17 doctoral dissertations in philosophy, cognitive science, computer science and mathematics at IU. His many research areas included information-based logics, the relations between logic and computer science, algebraic semantics and quantum logic. Among other honors and appointments, he was a Fellow of the American Academy of Arts and Sciences, Fellow of the American Council of Learned Societies, President of the Society for Exact Philosophy, on the Executive Committee of the Association for Symbolic Logic, editor of the Journal of Symbolic logic, and chief editor of the Journal of Philosophical Logic. On his retirement, he received the IU Bloomington Provost’s Medal and was appointed a Sagamore of the Wabash by the Governor of Indiana. Mike and Sally were world travelers, often in connection with Mike’s work, which led him to visiting and consulting positions at Oxford University in England, the Australian National University, and the University of Dubai, among others. He enjoyed keeping in touch and spending time with his many friends and colleagues around the world and in Bloomington. He took pleasure in gardening, travel, historic preservation, and spending time with his family, especially his grandsons. He enjoyed living in Bloomington very much, taking full advantage of its many cultural events and attractions, especially the IU Opera Theater and Eskenazi Museum of Art. Locally, Mike served on the board and as board chair of HealthLINC, on the board of Bloomington Restorations, Inc., and as president and vice president of the Old Northeast Downtown Neighborhood Association. Mike is survived by his wife, Sarah Jane “Sally” Dunn, of Bloomington, to whom he was married on August 8, 1964; one son and daughter-in-law, Jon William Butcher Dunn and Erin Butcher Dunn, of Bloomington; his daughter and son-in-law, Jennifer Anne Dunn and John A. Knight, of Indianapolis and two grandsons, Samuel Aten Dunn and Rowan Dunn Knight. He was preceded in death by his parents, one brother, James Dunn and one sister, Patricia Resac. There are no services or visitation at this time. A Celebration of Life service will be planned for a future date. In lieu of flowers, the family suggests that donations can be made to the Luddy School of Informatics, Computing, and Engineering or the Department of Philosophy at Indiana University, or to the charity of your choice. Online condolences may be given at www.DayDeremiahFrye.com.
See more See Less