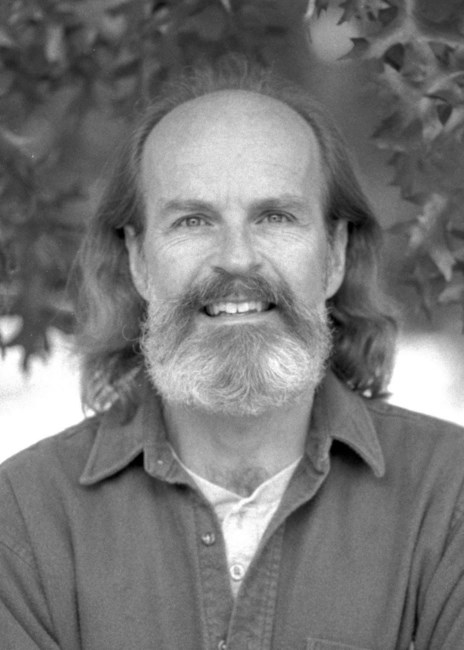 Daniel Dickson Webster died at his home in Boulder, Colo., on May 18, 2020, after a long battle with cancer. He was 68 years old. Dan was born July 29, 1951, in Cincinnati, Ohio, to Robert Virgil Webster and Marjorie Violet (née Smith) Webster. In Ohio, he started elementary school in Upper Arlington before moving to Bay Village, where he graduated from Bay High School in 1969. He attended Adrian College in Michigan for two years before completing his studies at University of Nevada, Reno, graduating in 1973 with a degree in philosophy. After graduation Dan moved to Boulder, where he worked many jobs while pursuing his real love, his music. An accomplished guitarist, pianist, singer and songwriter, in the mid-1970s he performed at clubs in the Boulder area, once opening for Tom Waits. Later performing and recording several albums under the stage name Dan Oakenhead, he continued to write, perform, and record his music until the last months of his life. He enjoyed performing at the Longmont Acoustic Music Society sessions and the Niwot Grange open mic Sunday sessions. He was known for his intricate guitar work, masterful lyrics and Native American flute pieces. In 1976 he left Boulder for Juneau, Alaska, where he worked at the state library and joined Juneau’s folk music community, making lifelong friends along the way. He performed at local venues and at the 1977 and 1978 Alaska Folk Festivals, later returning to perform at the 1998 festival. In 1978 Dan began a period of travels that took him through Europe, New Zealand, Tahiti and much of the United States, with the longest stays in Arizona, Colorado, California, Seattle and Wisconsin. It was during these travels that he met Margaret Lamont, a Wisconsin pharmacist, in a Paris museum. Their enduring bond would lead to marriage on March 26, 1983, while he was in graduate school at the University of Wisconsin. Their son Graham was born in late December 1983. Dan graduated in 1984 with a master’s in Geography and Cartography and accepted a job as a contractor with the Bureau of Land Management in Lakewood, Colo. He would continue to work at the Federal Center until 2009, when he took a job at the National Snow and Ice Data Center at the University of Colorado Boulder, working there until his retirement in 2017. The family moved from Lakewood to Boulder in 1986. Dan loved the outdoors, was happiest in nature’s quiet beauty and was an avid hiker, jogger and biker. His love of travel frequently found him and Margaret in mountains and canyons around the world, with a few museums thrown in to satisfy their love of art. Dan’s other great passion was his lifelong study of philosophy, Yogic teachings and Tibetan Buddhism. For many years he was an active member of the Eldorado Mountain Yoga Ashram, where he was known as Tukaram. His family is very grateful for the support of the sangha during his illness and his transition. It gave him great peace at a difficult time. Dan was a wonderful and caring husband and father, sharing his love of music and nature, and his curiosity. He is survived by his wife Margaret Lamont, his son Graham Webster, who lives with his partner My Khanh Ngo in Oakland, Calif., his brothers Dain (Miki), Bruce and Steve (Sharon) Webster, his niece Beth (Ryan) Whitaker and his nephews Alex (Wynne) Webster, Matt Webster and Mike (Brittany) Webster. In lieu of flowers, in this time of great need, a donation may be made to your favorite charity in his memory. A memorial will be held at a future date to celebrate his life. In the meantime, listen to music, take a hike up the hill, enjoy the mountains and he’ll be with us in our hearts.
See more See Less

In Memory of Daniel Dickson Webster