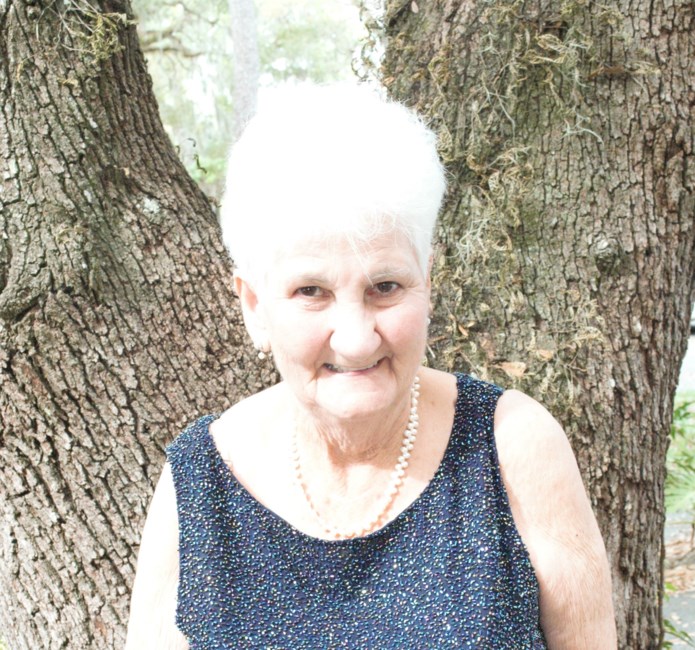 Obituary for Virginia Golden Wood Renfro collaboration by her four daughters Virginia was born in Cullman, Alabama on April 29, 1939, the daughter of hard-working farmers, Willie “Leeroy” Golden and Mozell Golden. Good country folk that loved their children and the land. She grew up working in the fields and occasionally a treat of going on a bus ride to Cullman to the movies with her best friends, Sue Glover Freeman and Ester Ivey. Her four brothers were fiercely protective of their only sister and she would talk about how her older brother, Everett Golden, never wanted her to cut her hair. Everett and her younger brothers, Frankie Golden and Jerry “Pie” Golden would talk to her on the phone these last few years of illness and they always lovingly called her SIS and comforted her. Her Momma and Daddy, as she called them, her youngest brother Junior Golden and her sister-in-law Montz Golden, who was truly more of a sister and best friend, were there to greet her when she made her way through the gates of Heaven. Mother, as all of her four daughters called her, worked hard her entire life. When we were young, she delivered the daily paper in Hernando County driving through the night to make sure it was never late. All of her girls worked with her from time to time rolling and throwing papers. When we saw the Krispy Kreme truck pass by she with flag him down for hot donuts for us. It is one of our favorite memories. Later she became circulation manager of the Hernando Shopper for which she was very proud and successful. Even in her late seventies, living in Lamont, Florida, she was delivering the once a week free papers in two counties to boxes and promoted to circulation manager by a paper in Tallahassee, Florida. Mother had a green thumb and could grow almost anything. She loved tomatoes and growing them. She would grow a huge garden to can vegetables and homemade goulash which was the best. Breakfast of biscuits and chocolate gravy was a treat. Her recipe for chocolate gravy was famous and thankfully last August at a mother/sister vacation, she taught it to us. I bet she’s cooking it in heaven right now. Mother never had a lot of hobbies because she worked so hard, but in the late 60s a neighbor Mr. Duggan convinced her to buggy race trotting ponies. She was a member of the Florida Pony Trotting Association and won several races with her pony, Golden Nell. A real treat was when Mother would take us girls for a buggy ride in an abandoned development (now Spring Hill). She was a natural leader in anything she started. Just like being promoted to circulation manager at every paper she ever worked for, when she went to live in The Grande retirement home it wasn’t long before she was the President of the Resident Council holding meetings with residents and staff to make sure their concerns were met. She organized collection for staff Christmas presents and appreciation gifts for fire fighters and police. While at The Grande, she met Charlene Bigelow, a great friend which her family is thankful made Mother’s last years happier. Mother saved every note her daughters and grandkids ever wrote her. She loved her grandchildren and obviously spoiled them, because most of the notes said in small kids handwriting, can I come spend the night with you. Some even had boxes, check Yes or No. She also saved every card she was sent because she loved her family wholly. Just as we loved her. She was an active member of the Red Hats in Florida and Tennessee. Although she will be greatly missed by all, we will find comfort knowing that she is with the Lord. She is survived by: • three Brothers, Everett Golden, Frankie Golden and Jerry Golden • four Daughters, Syble Forgach, Judy Toler (Al), Sherry Olson (Ardie) and Tracy Barker • six Grandchildren, Sherry Petellat (Anthony), Tina Caraway (husband Danny), Michael Forgach (Brittany), Mandy Hamilton-Collins (Nathan), Jake Barker and Brooke Barker • eleven Great Grandchildren, Caroline Smith (Steven), Anthony Petellat II aka Little Anthony, Bryce Petellat, Rickelle Caraway, Andelyn Caraway, Madison Hamilton, Avery Collins, Beau Reed Collins, and Brandon Forgach, Alxzander Forgach, Eliana Forgach. • one Great Great Grandchildren, Emersyn Smith • Her loyal companion, Cupcake, the chihuahua Her husbands O.D. Wood and James Renfro proceeded her in death. Funeral services are Monday, November 28th at Florida Memorial Hills Garden, 14354 Spring Hill Drive, Spring Hill, Florida 34609 starting with a gathering at 2:30pm and services at 3:00pm. The service will be held at graveside at 3:00pm. There will be a family reception immediately after the services at her daughter, Tracy Barker’s home.
See more See Less