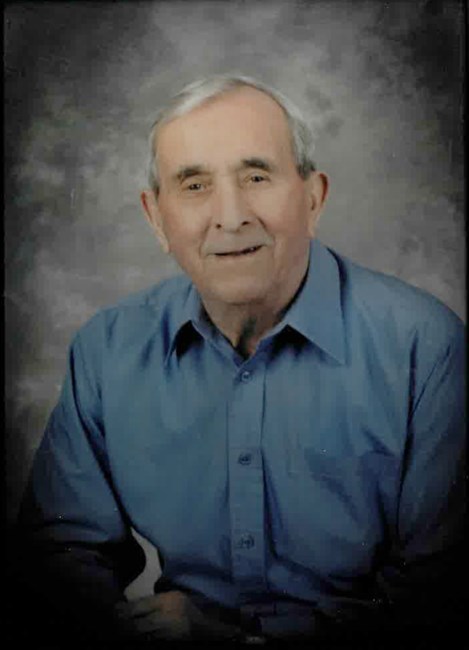 Alan Frederick Cox passed away peacefully after a courageous battle with pneumonia in Calgary, Alberta on Saturday, June 6, 2020 at the age of 96 years. Alan was in the British Navy in World War II and was on one of landing craft at Normandy. He worked at Johnson & Johnson’s in England for many years, drove buses in England and finally at Astro Tires in Edmonton. Alan was a hard worker and very responsible in all areas of his life. He loved sports, hockey, golf, football and English football and was a diehard Edmonton Oiler and Edmonton Eskimo fan. Alan loved watching documentaries, news channels, crime shows, airplanes and cars. He enjoyed and loved reading, even while he was in the hospital. Alan was fun, intelligent and could tell so many interesting and wonderful stories of England. He hated corn and rice! He will be sorely missed by all of his friends at the Manor at Huntington Hills where he lived. He was a favorite of so many there, loved by many and the heart that was The Manor! Alan is survived by three children in England, three stepdaughters and numerous grandchildren, great grandchildren in England, Canada, and USA and his youngest sister in England. He is predeceased by his first wife Helen and his second wife Blanche. At Alan’s request no service will be held. If friends so desire, memorial donations may be made directly to Heart and Stroke Foundation at https://www.heartandstroke.ca and The Tom Baker Cancer Society at https://www.albertacancer.ca.
See more See Less

In Memory of Alan Frederick Cox