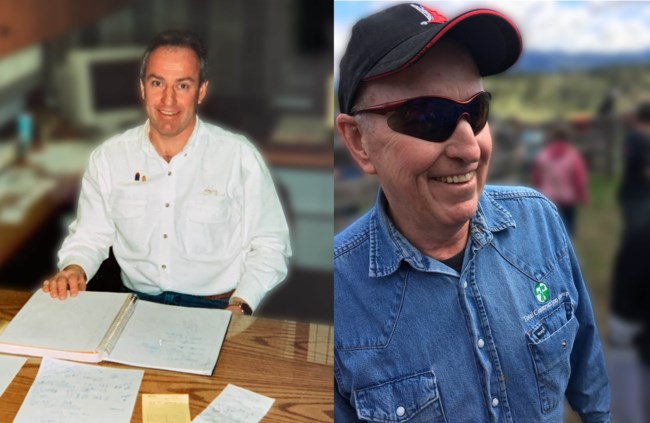 Harry Brian Wilson (H Brian) passed away peacefully with no pain while falling asleep surrounded by his family at the Rockyview Hospital in Calgary, Alberta on Tuesday, September 29, 2020 at the age of 64 years. Brian was born on January 2, 1956 in Oxbow, Saskatchewan. He was the seventh child of eight, and he grew up on the farm where he developed his work ethic. Brian enjoyed sports; especially Fastball and Hockey. As a pitcher Brian was regarded as one of the best across the province in his prime. Brian possessed the gift of gab which he put to good use as a natural salesman. He always had a smirk on his face and he loved to share a laugh or a good story with friends and family. He graduated from the College of Agriculture in 1978. While there he met his wife, of 41 years, Shelley. They moved to Alberta in the fall of 1978 and over the next 41 years, he proceeded to pack a lot into his life: ● Started a successful service company, Alliance Tubulars & Supply LTD ● Raised two children, MacKenzie and Katie and was heavily involved in their lives ● Travelling was a passion he indulged in later years ● Was a proud grandfather of Bowen and Jackson Wilson ● Was a very active member of the Canadian Progress Club - Calgary Downtown Chapter ● Was a very generous person (even to a fault) Brian is survived by his wife Shelley Wilson, his son MacKenzie Wilson (Kayla); his daughter Katie Wilson (Myk Hoang); grandsons Bowen and Jackson; his brothers Keith and Charlie; and his sisters Shelia, Holly and Carol. Brian was predeceased by his parents, Harry & Alice Wilson; his sister Lillian Hodgson; and his brother, Jim Wilson. We were blessed to have him in our lives; he is now in God’s care. Memorial Service Wednesday, Sept.29/21 at 2 PM South Calgary Funeral Centre and Crematorium 12700 Macleod Trail SE, Calgary, AB Should you not feel well, our family encourages you to stay home for the health of others. Live Stream (Youtube): https://www.youtube.com/watch?v=eyxabR4gTyU
See more See Less

In Memory of Harry Brian Wilson