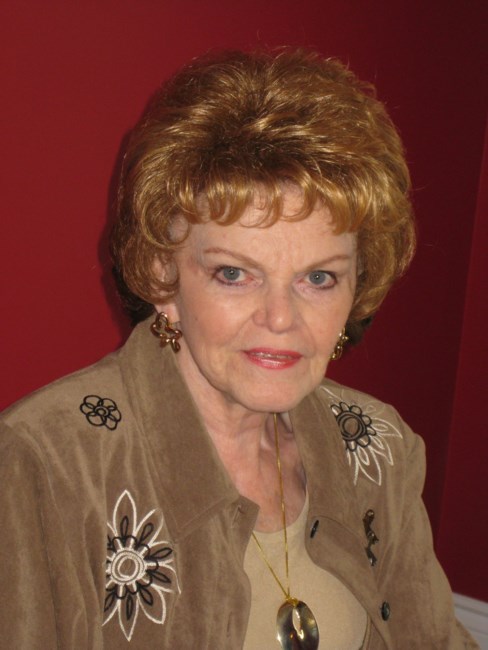 It is with great sadness that the family of Marie Bailey announces her passing on Monday August 4, 2014 at the age of 83 years. Marie was predeceased by her first husband Myron Goshulak; second husband Neil Bailey; father Steve Sinishen, and mother Stephania Maksymic. She will be remembered by her daughters, Lecia (Earl) Bourne, Martha (Lyle) Cochran, and Diana Douglas; son George Goshulak; grandchildren, Christopher (Ryan Wagner) Bourne, Carmen (Michael) Hardcastle, and Angela Murray; as well as by four great-grandchildren. She also leaves behind her dear friend and companion, Dennis Long, who brought her love and great joy in her final years. Marie was born in Edmonton, Alberta, but lived mostly in Calgary. She worked as a keypunch operator for Gulf Oil (7 years), a secretary for several law firms, with The City of Calgary TESA (15 years), and the Calgary Police Department (7 years) until retiring in 2000. Marie was a volunteer with Confederation Park for 5 years and a member of No.1 Legion. Marie loved music, had a beautiful voice and sang with several bands in Calgary (Quinton and the Polka Dots and Foothills Stompers). She was the first local girl to sing at the Petroleum Club with Frank Bailey’s orchestra in the 1970’s; sang in Vancouver, B.C at the War Amputees Club and various Legions, as well as in a choir and quartet with Sweet Adelines. Marie recorded a 45 - single of 2 songs she composed in 1975 which was sent to radio stations across Canada and also recorded with Quinton and The Polka Dots. She enjoyed dancing and was very talented at sewing and doing handicrafts. Thank you to the nurses and staff at Unit 31, Foothills Hospital, and a special thank you to Dr. Catherine McKenna for your care and compassion. We will miss you mom but know you are singing with the angels. A Funeral Service will be held at FOSTER’S GARDEN CHAPEL, 3220 – 4 Street N.W., Calgary, Alberta (across from Queen’s Park Cemetery) on Monday, August 11, 2014 at 10:00 a.m. If friends so desire, memorial donations may be made directly to the charity of one’s choice. Expressions of sympathy may be forwarded to the family via the website www.fostersgardenchapel.ca. FOSTER'S GARDEN CHAPEL FUNERAL HOME AND CREMATORIUM Telephone: 403-297-0888 Honoured Provider of Dignity Memorial
See more See Less

In Memory of Rose "Marie" Bailey