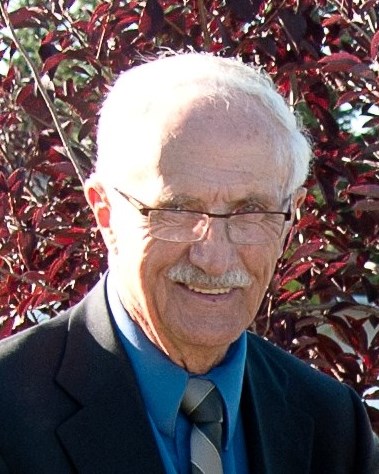 Keith Ross passed away on Saturday, June 13th at the age of 88 years. Born in Alsask, Saskatchewan in August of 1931 to William & Janetta Ross, moving to Calgary, Alberta with his family in 1939. He worked as a baker for the National System of Baking from 1949 to 1971 and following that worked as a salesman until 1986. Keith built his house in West Hillhurst in 1955 where his four children were born and he lived there until 2017 when he was diagnosed with dementia. Keith loved to golf and was an avid curler. He was a member of the Calgary Elks Club, serving on the board for many years, and was also an active member of the Calgary Curling Club. Keith volunteered for many events for both of these organizations throughout the years. He will be lovingly remembered and deeply missed by his three children and their families, Corinne Ross, Gordon & Cindy Ross, and Charlene & Alain Côté; his grandchildren and their families, Tyler & Ashley, Amanda & Justin, Chris & Christina, Paige & Ray, Jess & Jess; and five great-grandchildren. Keith was predeceased by his loving partner, Patricia Jardine; his son, Donald Ross; and his brother, Don Ross. A Celebration of Keith’s Life will be held at a later date. Memorial donations in Keith’s name will be gratefully accepted by the Canadian Cancer Society at https://www.cancer.ca/en/?region=ab.
See more See Less

In Memory of William Keith Ross