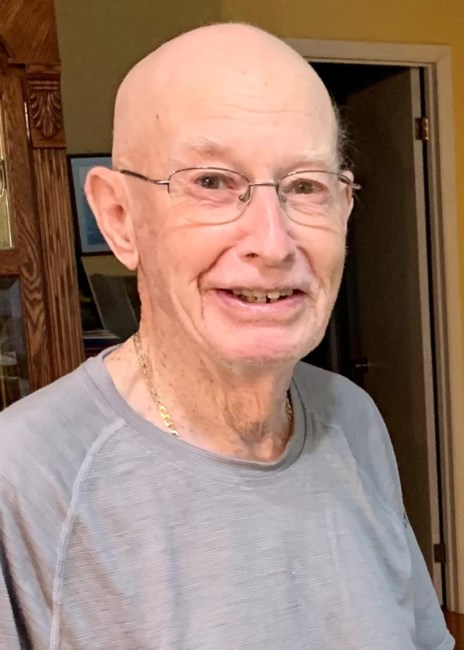 It is with great sadness that the family announces the death of Jerrold (Jerry) Oliver, on September 24th, 2022 at The Campbellton Nursing Home. Born on June 29th, 1938 in New Glasgow NS, he was the son of the late Margaret MacBeth and Howard Oliver and husband of the late Lorraine Oliver. Jerry worked for CNR in Campbellton followed by being a lineman originally with the city of Campbellton and spending the majority of his career with NB Power until his retirement. He was a proud and loving grandfather who immensely enjoyed everything about them. He was an avid outdoorsman spending much time fishing, 4 wheeling, snowshoeing, walking and taking drives. He was also passionate about donating to the church, SPCA and World Vision. He is survived by his children Helen Fullarton (Kip) of Fredericton, Michael Oliver (Dianne Arseneault) of McLeods and Isabel (Ken) McOnie of Halifax; grandchildren Luke, Madeleine, Matthew and Connor McOnie of Halifax; sister Frances Kennedy and brother Melvin Oliver of New Glasgow NS as well as several nieces and nephews. At Jerry’s request there will be no visitation or funeral. A graveside service will take place on October 18th at Mary Queen Cemetery in Mcleods at 2pm. Donations may be made to the Alzheimer's Society, the SPCA or a charity of the donor’s choice. Funeral arrangements are entrusted in the care of Maher’s Funeral Home, Campbellton. (506)789-1699 or toll free (855) 404-1699 email: maher.fh@nb.aibn.com
See more See Less

In Memory of Jerrold Roy Oliver