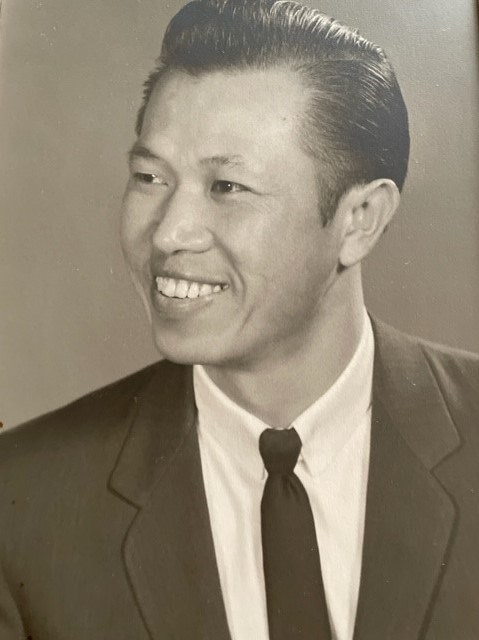 Henry was born September 21, 1934 in the Dragon-Peacock Village, Tai Shan Guangdong Province, China. He passed away peacefully November 16, 2021 at the age of 87 with his wife, Jayne by his side.

After fleeing China during the Japanese war, he arrived in the United States at 10 years of age through the process of his older brother acquiring his citizenship papers to come to America. He grew up in Salinas, California and graduated from Salinas High School.

Through the years, Henry worked hard and diligently to build a life for himself. His perseverance and attention to detail enabled him to become a successful business owner where he was able to ensure his financial obligations to those who contributed to his coming to America.

Henry and Jayne were married for 55 years. He enjoyed a life of traveling, fishing, boating, meeting friends and various forms of hiking, walking, riding bikes and running. He was a loving father to his son, Gregory, and daughters, Rosemary (Sam) , Victoria, who preceded him in death (Michael), and Deanna (Brian). He had four grandchildren-- Justin, Rachel, Meigan, and Luke.

Henry had many successful Chinese restaurants throughout his life. He was an excellent cook and savvy businessman. His passion for good food and his refined palate enabled him to quickly create tasty food fare that enabled him to excel in future restaurant endeavors. In Wichita, Kansas he had two successful restaurants and helped to design and build a house for the family. He then went on to have more restaurants in St. Louis, Missouri and Carmel, California before retiring in San Francisco, California.

Henry suffered his first stroke in 2018 where he was able to recover with Jayne's loving care enabling him to walk independently with a walker. A second stroke occured in 2020 after the passing of his second daughter Victoria, and again with consistent care from Jayne and support from family he recovered to the point where he could start walking and regain his independence. Most recently he suffered a severe stroke from which he was unable to recover.

He will be remembered as a very driven and motivated man as well as an adoring husband and loving father. He had a great sense of humor and loved pranking family and friends. He was always there to lend a helping hand to those who needed it. His smile and contagious laughter was loved by all. The family will cherish and remember the family trips, family mah jong nights, family dinners but most of all he will be remembered for his unconditional love for his family.

In Memory of Henry Y Geen