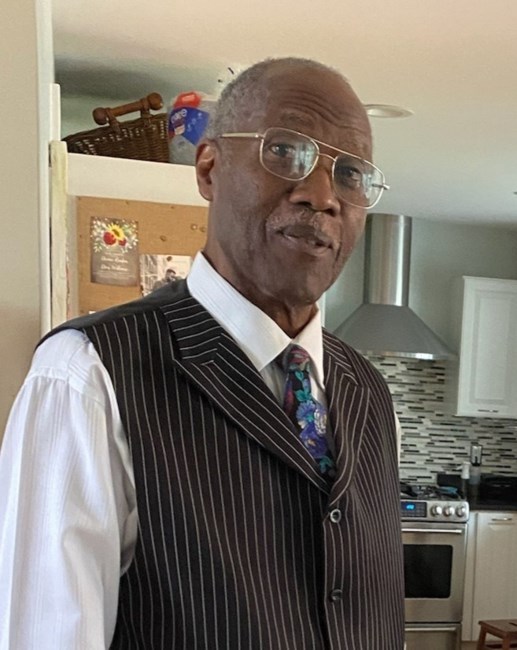 Albert Sidney Foy, was born in Sugarland, TX to the late John Lee and Vera Lee Foy on November 30, 1944. He was born as the sixth of eleven children. At the age of seven, he accepted Christ at New Bethel Baptist church in Clodine, TX under the leadership of Pastor G. W. Persons. In his adolescent years, his commitment to living a Christ filled life was demonstrated in many ways, to name a few, he was a Sunday School Teacher, a Choir member and an active BYPU member. In 1963, he graduated as Valedictorian from M R Woods High School in Sugarland, TX. He graduated from Prairie View A&M University with a degree in Civil Engineering where he met and married the love of his life Carrie B. Magee. They married on May 28, 1966. They were inseparable until she passed on May 7, 2019. They celebrated 52 years of marriage. They led an impactful life that moved them from Texas to California. While in Pasadena, California he attended seminary at Ambassador College and began his journey as a minister. He served in many congregations across the U.S. and as far east as New York and then back to his home state of Texas. In 1969, while in California, they began their family which led to five children Apprille Moore-Foy, Verletria Anderson, Knawonna Haley, Zalmega (Tel) and Xynthia Martin , and the blessing of 15 grandchildren and five great grandchildren. Grandchildren: Zshanikwa (Sha) Foy, Imani Moore, Brianna McCray, Rodrick McCray, Jamarron McCray, Brion McCray (deceased), Kiendra McCray, Terrence Foy, Logan Haley, Mason Haley, Dontay Foy, Jonathan Martin, Kaleb Taylor, Zion Martin and Jaeren Taylor Great Grandchildren: Janiyah Lee, Arianna Lee, Kyrianna, Tierra Lee and Raylan McCray. He was the founding Pastor of the Huntsville Church of God for more than 20 years and a minister for more than 50 years. Albert loved sports especially basketball, football and bowling. He enjoyed singing and dancing with his wife, children and grandchildren. Most of all, he loved God and enjoyed serving others. Anyone that he knew, he drew them in and loved them like FAMILY. He was preceded in death by his parents, his wife, Carrie; his beloved sisters Lois Mae and Charles Rae, brothers Lee Vivian (L.V.), Ellis Bob (E.B.), Al Ervin and sister-in-law Norma. A host of Aunts, Uncles, Cousins and Nephews. In addition to his children, grandchildren and great-grandchildren, Albert is survived by his brothers Jessie B(Evone), Freddie (Gwyn), John and Tommy Ray. Sisters-In-Law Mildred and Brother-In-Law Clarence. He is survived by a host of lifelong friends, cousins, nieces, nephews, and his ministry family. Fond memories and expressions of sympathy may be shared with the Foy family by clicking the "Add a Memory" tab.
See more See Less

In Memory of Albert Sidney Foy