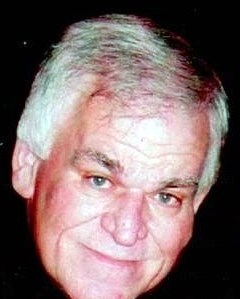 LIVESTREAM LINKS: https://youtu.be/7vW3ocg9Csk https://youtu.be/zrMz88SUDKM Thomas Edmund Sheridan May 29th, 1947 - July 16, 2022 Son of John Francis and Margaret A. (McDade) Sheridan of Rego Park, Queens, New York. Affectionately known as Tommy, his Brothers and Sisters are John (Peggy), James (Kendra), our late Richard (Nancy), Ellen (Robert Hefner) and Eileen. Tommy was raised in a traditional Irish-Catholic home in Queens, New York. Upon graduation from High School he enlisted in the Navy where he served on the Aircraft Carrier USS Boxer LH4. After receiving an Honorable Discharge from the Navy he returned to Queens where he worked for United Airlines until he relocated to Florida. In 1971, following in a proud family tradition of First Responders, he attained a degree in Criminal Justice and started his 31 year career with the Broward County Sheriff's office. In the 1970's, with his former spouse Mellinda he was blessed to become the father of two sons, Tom (Cori) and Brian. In the 1980's, Tommy married Elane and together they made a loving home for the boys, and have been happily married almost 35 years. Tom and Brian were raised with love, tender care, values and a lot of humor. Sharing his passion for aviation, he frequently took the family to the airport viewing area to watch planes together. They watched for the space station & calculated each space coach launch and ran out into the street to watch everything NASA sent. The simple pleasure of being together with family was what mattered the most. Tommy developed an exceptionally beautiful relationship with his Granddaughter, Kaila. Feeding her with humor, she quickly bonded with him and propelled the same witty humor right back at him, the two of them sharing zest and living in the moment. With the blessings of living next door, laughs were fast and frequent with Kaila playing in the adjoined lawns. Of commanding stature and a persona that simply could not be intimidated, Tommy was a fearless grand protector. If you were lucky to have worked with him, you know he always looked out for you. Always wanting to help, rescue or save was an intrinsic value deep within. His Faith in God gave him peace and enabled him to be strong and remain calm, & ultimately became a saved Christian. Notorious for his quick wit and sense of humor as he was a genuinely funny person who loved to make people laugh with his endless antics and relentless one-liners. He also held close to his heart our large family up North which includes about 265 immediate family members. Friends for life are many, and just as dear are neighbors with whom time was shorter but just as endearing. Tommy loved airplanes. He was an award winning master model builder from kits. He loved old buses and trains too, for cars he had a few and over his life and kept them mint. An amateur photographer with two decades of publications in Airline Magazine, including multiple Covers. Memberships in the World Airline Historical Society, USS Boxer Alumni, BSO RA & FOP. Tommy loved being a Docent at the Naval Air Station Museum on Fort Lauderdale airport grounds, sharing his love of both American history and Aviation, and many dear friendships were established within this tight group of amazing Patriots. Preceding him in the hereafter, of his immediate family are his Parents, and his Brother Richard. In lieu of flowers memorial we believe Tommy would love it for a donation to be made in his name to the Naval Air Station Fort Lauderdale Museum, 4000 West Perimeter Road, Fort Lauderdale, Florida 33315. NASFLMUSEUM.COM. A celebration of life memorial gathering for Thomas will be held Friday, July 22, 2022 from 4:00 PM to 8:00 PM at Kraeer Coral Springs FH, 1655 N. University Dr, Coral Springs, FL 33071. Following the celebration of life memorial gathering will be a memorial service from 6:30 PM to 7:30 PM at Kraeer Funeral Home and Cremation Center, 1655 University Drive, Coral Springs, FL 33071. Fond memories and expressions of sympathy may be shared at www.kraeercoralsprings.com for the Sheridan family.
See more See Less

In Memory of Thomas E. Sheridan