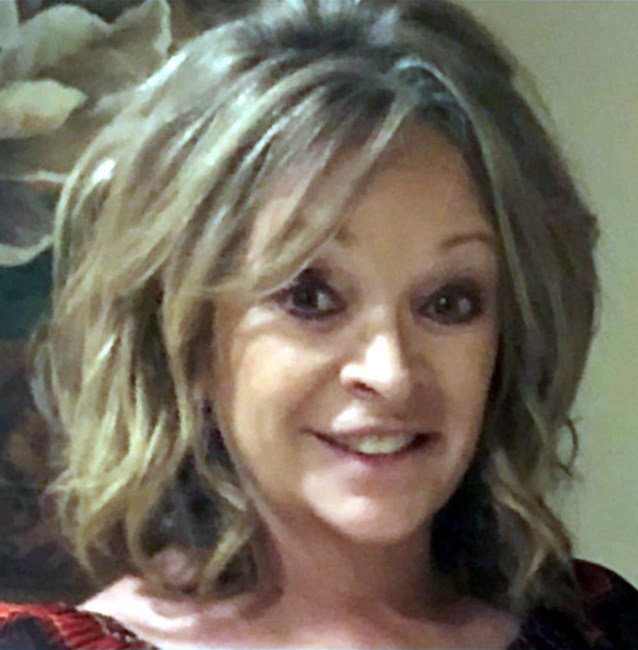 Donna Marie (Hahn) Jones, 60, passed away peacefully in her home on November 16, 2021. She was born in Marietta, GA on December 8, 1960 and resided in Donaldsonville, LA. Donna was a 1978 graduate of Broadmoor High School in Baton Rouge, LA and later enrolled in Ascension College where she received an Associate’s Degree in Medical Coding. Donna worked at EATEL in Gonzales for several years before quitting to help her son, Blaine start Cajun Catch Seafood Market where she worked for 10 years before retiring. Donna enjoyed spending time with her family and two grandchildren, she also loved watching Cruz play Baseball. Donna is survived by her only son, Blaine Jones (Jessica); two grandchildren, Cruz Jones and Finley Jones. Mother, Barbara Guedry Hahn; sister, Susan Phillips (Greg); nephew, Greg Phillips (Christy); niece, Megan Phillips; great nieces, Brendie McLeod and Darby Phillips. Donna also had several other sisters-in-law and brothers-in-law along with numerous nieces and nephews. Donna is preceded in death by her husband, Mark H. Jones; Father, Allen L. Hahn; maternal grandparents, Raymond, and Eunice Guedry; paternal grandparents, Gussie and Emma Hahn. Visitation will be held on Saturday, November 27, 2021 at 9:00 a.m. until 11 a.m. with a Mass of Christian Burial to follow at St. Francis of Assisi Catholic Church in Donaldsonville. Conducted by Fr. Hoang Vu. Interment to follow in church cemetery. Condolences can be made at www.oursodonaldsonville.com

In Memory of Donna Hahn Jones