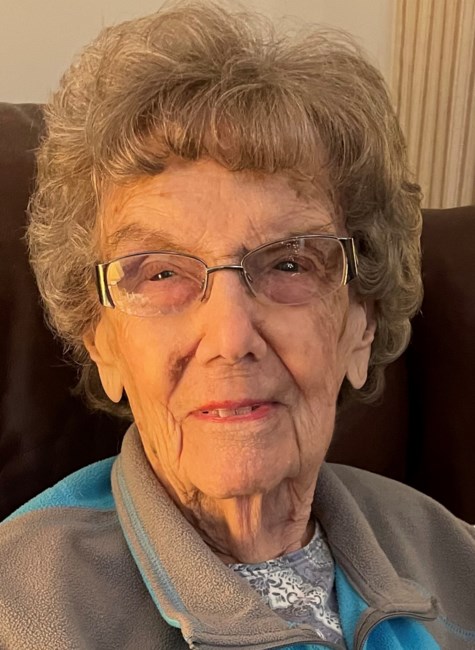 Irene (Manning) Ciparelli, 100, of East Hartford, beloved wife of the late Francis J. Ciparelli, passed away peacefully on Tuesday, September 27, 2022 at Norwichtown Rehabilitation Center. Born in Windsor on December 30, 1921, she was the middle daughter of the late Harry and Anna (Collins) Manning. She graduated from Wethersfield High School in 1938, at the age of 16. Irene later met Fran, and they married on September 6, 1947. The two eventually settled in East Hartford, raising their son and daughter. Irene and Fran were married 56 years, until Fran’s passing in 2003. Irene leaves behind her grandchildren: Jessica, Christopher (Katie), Gregory, and Angela Ciparelli, and Kathryn Meade; great-grandchildren: Tyler, Abigail, Thea, Arlo, and Rhys; her daughter, Maryann Meade; several nieces and nephews; and friends who are family: Eileen, Ken, Sarah, and Dan Savage, and Joe Balesano. Besides Fran and her parents, Irene is pre-deceased by her son, Peter Ciparelli; her daughter-in-law, Wendy Ciparelli; great-grandson, Oliver Ciparelli; sisters Lillian Flibbert and Barbara “Bobbie” Tyler; two nieces; and a special cousin, Bernadine O’Donnell. Funeral service will be Wednesday, October 5, 2022 at 11 am at the D’Esopo East Hartford Memorial Chapel, 30 Carter Street, East Hartford. Irene’s family will receive relatives and friends on Wednesday morning from 10-11 am. Burial will follow at Village Cemetery in Old Wethersfield. For on-line expressions of sympathy to the family, please visit www.desopoeh.com.
See more See Less

In Memory of IRENE CIPARELLI