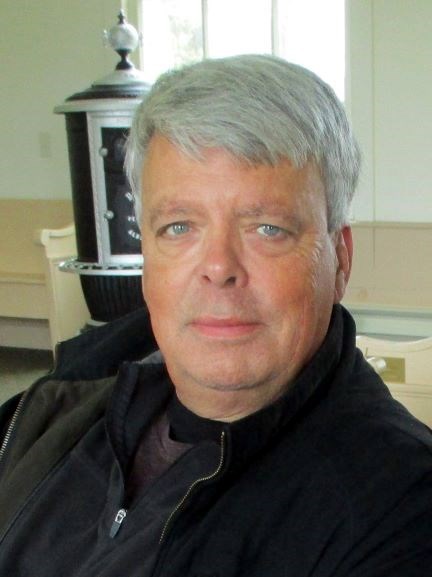 John Colin Toline, 64, passed away on Friday, February 28, 2020, in Forest Park, IL. A Celebration of Life is scheduled for Saturday October 9, 2021 from 2pm to 4p.m., with a service at Woodlawn Funeral Home starting at 2:30PM, 7750 West Cermak Road, Forest Park, IL 60130. Fond memories and expressions of sympathy may be shared at www.woodlawnchicago.com. Colin was born in Biloxi, Mississippi on March 2, 1955, to John Algot Toline and Kera Bertrand Toline Rogers (nee’ Laney then Toline Rogers). His family later moved to Moline, Illinois. He spent his childhood in an idyllic neighborhood filled with families, activities, and nature. Colin was a gifted artist and musician, excelling in both at an early age. He was an artist for the high school creative arts magazine, Kaleidoscript . He was active in the Moline Boys Choir, and at a young age played both piano and guitar. He later expanded his skills to numerous musical instruments. As a young adult living in the Quad Cities, he was a member of numerous bands that played locally and regionally. These included the Nuze (1973 – 1976); Stillwater Blues Band (1976 – 1980); The Mudcats (1980 – 1991) which opened at the Col Ballroom in Davenport, IA for the famous Muddy Waters; and Alewife, the long-standing musical project Colin co-founded in 1993 as a Latin ‘surf-a-delic’ Exotica Quintet. Alewife released the albums Alewife, Muzzled in Babylon, Woodpussy, Yakul Lagoon, Fresh-Delicious-Crisp, Invader Species, and Alewife 6. With current band members Beverly Gibson, Miguel Gonzalez, Alex Haussmann, and Mitch McNeil, a new album produced by Colin and subsequently dedicated in memory of him, Palace of Musical Destiny was released in September, 2020. Colin was instrumental in organizing many local community gatherings and parties which featured musical groups in the cities where he lived. His original graphically-designed invitations promoted these events and promised crowds of followers and admirers. He was a masterful player of electric bass, upright bass, acoustic guitarist, theremin, and keyboard. He was active in recording and rehearsing in local music studios. Colin played musically in Illinois, Michigan, and Indiana. He paired with his brother, Mark Toline, for regional guitar shows as Toline Brothers Guitars. Colin, individually and with the band, The Mudcats, was inducted twice into the Quad Cities Blues Hall of Fame in 2019. A Professional Land Surveyor, Colin was Owner and Principal for 17 years of Professional Land Services, L.L.C. (PLS), located in Forest Park, IL. Licensed in both Illinois and Wisconsin, PLS served the commercial, residential, and public sector/utility markets. Professional Land Services was the 1998-1999 recipient of the Distinguished Service Award in recognition of exceptional leadership and devoted service by the Chicago chapter of the Illinois Professional Land Surveyors Association (IPLSA). Colin was the former Chicago Chapter President of IPLSA. PLS was the recipient of the 2020 Best of Forest Park, IL awards in the category of Land Surveyor. He attended Moline High School, and studied industrial design and art at the Illinois Institute of Technology, Chicago, IL. He married Antoinette Graham in 1990 and later divorced. He married Carol Jean Anthony in 2017. Colin was a man of heartfelt generosity and phenomenal talent. Warm, welcoming and accommodating, he never failed to surprise. He had a towering, handsome presence. He loved his family and considered his wide circle of friends his kindred tribe. Colin provided a soundtrack for our lives. Those left to honor Colin’s memory are his son, John Andrew Toline; wife, Carol Jean Anthony; mother, Kera Toline Rogers; brothers, Mark Anderson Toline (Ann Quinn and son North Toline) and Paul Alexander Toline; sister, Catherine Anna Toline (Leo Lentsch). Colin is preceded in death by his father, John Algot Toline; his step-father, Thomas Wallace Rogers; aunt Christina Bertrand Laney; aunts Elizabeth Hutchings and Marjorie Amundson; and his grandparents Bertrand James and Vera (nee’ Federov) Laney, and Basil Irving and Reno (nee’ Anderson) Toline. John Colin Toline’s cremated remains will be interred at Riverside Cemetery, 3400 5th Avenue, Moline, IL 61265. Service is scheduled for Monday, October 11, 2021 at 2pm at Riverside Chapel Mausoleum.
See more See Less

In Memory of John Colin Toline