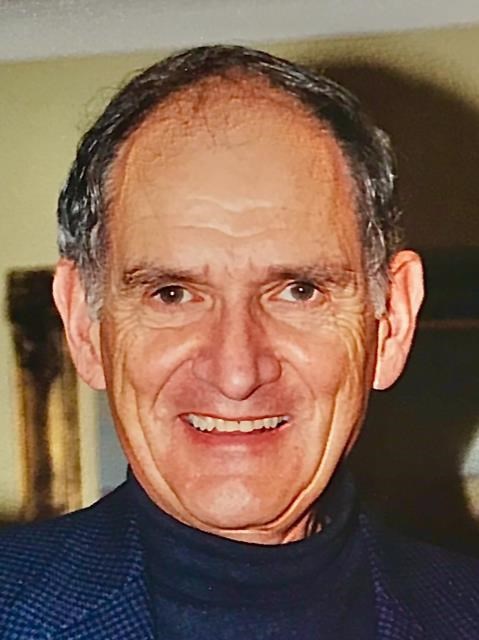 Our beloved Father, Grandfather, our ‘Pepaw’, passed peacefully on January 21, 2021. Most of us get one father in this lifetime and as it goes our Dad, Pepaw, Gordie and ‘Uncle Gordie’ to so many, was beyond what we could hope for. He had many accomplishments, but none so important as his ability to connect, really connect, with people who crossed his path in life. Those who met him experienced a person unlike anyone they had met before. Whether through his professional career, or going about day to day life, Dad was curious about people, the world, and how things worked. For his family, he was someone you just wanted to be near. You didn’t know what the day held for you when you were together with Dad. However, you knew it would be full of adventure, silliness, and gentle life lessons. Born in Toronto, Gordon was the second child of Beecher and Catherine Weld and brother to Caroline and Robert. High school years were spent at Rothesay Collegiate and then onto Dalhousie University and the Technical University of Nova Scotia, graduating with a P.Eng (mech) in 1955. It was at Dalhousie that he had his heart stolen by a pretty Education student, Peggy Fraser. Married in 1956, they moved to England so that Gordon could study for his masters in engineering at Sheffield University where they welcomed their first child, Elizabeth. Following completion of his degree, they returned to Halifax. Busy days followed raising their four children Elizabeth, Elaine, Rob and Patty. Gordon taught at Tech from 1957 to 1962, when he joined the architectural firm that ultimately became Webber, Harrington and Weld. The firm quickly became successful, designing and building many of the schools, university buildings, malls, and hospitals in the region. Gordon was involved with many professional associations including APENS, the Engineering Institute of Canada, and ASHRAE, which was a valued part of Gordon’s professional and social life. At conferences throughout North America Gordon and Peggy established many special friendships that lasted a lifetime. Gordon was made a fellow of ASHRAE in 1986. A love of boating was woven through our family life. The sea and his ability to share his knowledge of it brought him profound pleasure. He and Mum boated extensively around the Maritimes and the Eastern Seaboard. He was in his element ‘messing around in boats’. Mum and Dad welcomed John, Angela and David into our family and all seven grandchildren who followed: Jeffrey, Thomas, Gordon, Elizabeth, Tineke, Jenna and Patrick and very recent addition great-grandson Henry who arrived on January 22nd 2021. They had a deep and strong marriage and a loving commitment to one another which, coupled with an open door policy, drew a wide circle of family and friends. As children came along they enjoyed time with other couples, especially close friends Larry and Elise Doane and Johan and Barbara Koppernaes, bareboat chartering in the Caribbean. In mid-life they took up downhill skiing with much enthusiasm and enjoyed travel to interesting places. Dad had a special and unique relationship with each of his children and grandchildren. The smile on his face at the dinner table as he teased and laughed with his grandchildren was a joy to behold. We have all benefited from little parts of his character, personality (silly or wise) and outlook on life. With his ‘Maggie’ he created and fostered a solid foundation for our family who take joy in each other’s company and seek out ‘Pepaw-ish’ things to do together. Life was good but Dad made it better. People sought Dad’s guidance, whether it be regarding the challenges of everyday life or the angle of your boat ramp. When looked to for advice Dad wouldn’t always give a direct answer, but by the time the visit or conversation was finished you knew which direction you had to go. A private family ceremony will take place on Thursday January 28th. We will have celebration of his life later in the year when it is safe to do so. To view or place an online message of condolence please visit www.jasnowfuneralhome.com Those wishing to make a memorial gift might consider the Dr. Elizabeth Weld Memorial Bursary, Faculty of Medicine (902-494-8801), or the Heart Function Clinic through the Nova Scotia Health Authority. A special thanks to caregivers that were so important to making him comfortable in recent months and the compassionate staff of the palliative care unit 7A VG Hospital. It is wonderful how one single person can create so much fun for so many others. “He didn't tell us how to live; he lived, and let us watch him do it.”
See more See Less

In Memory of Gordon Beecher Weld