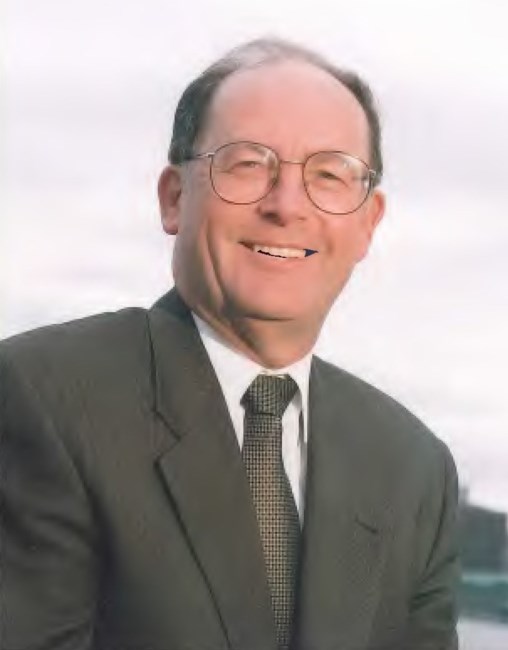 John A. Young, Q C, 76, passed away in the QE II hospital on August 31, 2022. John Young may have been born in Saint John, New Brunswick— an “accident,” he would later say, of his father’s wartime posting — but he grew up equal parts cosmopolitan man of the world and eternal son of Dartmouth. John was born on September 13, 1945, the eldest of three sons of John Alfred and Ellen Margaret Sutherland Young. After the war, the family settled in Dartmouth where its roots already ran deep. His grandfather, George H. Young, for example, was a local businessman and entrepreneur who operated the Young Shipyards and was involved in other marine industries. Dartmouth, in John’s memory, was an idyllic small town distinct from that “other city” across the harbour. In the days before bridges, he remembers a visit to Halifax as “a day trip, an adventure.” John’s parents were not only proud Dartmouthians but also proud and active members of the Liberal party. During the 1990s, John himself would eventually serve as president of the Nova Scotia party. Still, he traced his own political awakening to 1957 when he was just 12 years old and a legendary Canadian diplomat-turned-politician named Lester Pearson had just won the Nobel Peace Prize. John’s own early forays into the public sphere were successful. He was elected president of the Dartmouth High School student council and, later, president of the Dalhousie Student Union. There, he spearheaded the campaign for a new student union building and was involved in the first attempts to establish a legal aid system for Nova Scotia. After graduating from law school 1969, he was recruited as an executive assistant to iconic federal Liberal cabinet minister Allan MacEachen. John only intended to stay in Ottawa for six months, he would explain later, but “I was there for four years and I had a ball. It was a fascinating education. And I met Carol.” Carol Davey, whom John married in 1973, was the love of his life and his partner in all things personal and political. During the year after their wedding, the Youngs experienced a fascinating political junkies’ sabbatical year in London at the controversial height of the Thatcher era while John studied for his Master of Laws at the London School of Economics. Back home in Canada, John contacted a university friend who’d helped launch a small law firm in Dartmouth to suggest he might be interested in joining the firm. Tom Boyne remembered the three original partners were surprised because John was “more prominent than we were at the time.” In 1975, he joined their fledgling firm in their modest offices above a tailor shop on Queen Street in downtown Dartmouth. “It was a case of the Dartmouth boy coming home to Dartmouth,” Carol would say of John’s career decision. Over the course of the next 40-plus years, John Young helped Boyne Clarke grow into Atlantic Canada’s fourth-largest law firm. As a practicing lawyer, he acted for a variety of clients — businesses, government agencies, institutions and not-for-profit organizations and advised their senior management in the creation, operation and expansion of their activities. His legal practice had an international scope. He provided advice to clients who had dealings in European countries, Australia, Singapore, and China. From 2012-18, he was also Boyne Clarke’s chair. John served on the board of the Canadian Broadcasting Corporation, as well as on many corporate boards and public service organizations, including as a director of the Nova Scotia Health Authority, chair of the Canadian Forces Liaison Council (NS), chair of the Canadian Maritime Heritage Foundation, director of the Royal Nova Scotia Tattoo Society and trustee of St. Andrews United Church in Halifax. For all his public involvements, John was a very private person. “He was not a person even many of those closest to him claimed to know intimately,” said one of his former law partners. “Occasionally, people would even think him pompous or arrogant.” Still, there was always that twinkle in his eyes that let you know that, however seriously he took the subject under discussion, he never took himself all that seriously. If he ever did, says a friend, “there was always Carol. She was his great leveler, bringing out his humanity.” She and John not only shared a passion for politics but also, later, an enduring love for Michael, the “tiny waif” they adopted and loved and cared for until his death in 1989 at age 12. On the day the adoption became official, John, who was far from a demonstrative man, called Michael’s doctor to share the news. “It’s John. I’m just sitting here in my office about to sign the adoption paper to make Michael ours… I just wanted you to know that that little guy is the greatest thing to happen to our lives.” It was true. For Michael. For Carol. And for John. John is survived by his beloved wife Carol (Davey), and was predeceased by his dearly cherished son Michael and by his brother William. He is survived by his brother Robert (Lyn), sisters-in law Judy (William), Joy Davey (Lawrence Stibbards), and brother-in-law Jim (Davey). He leaves nieces and nephews with many fond memories of Uncle John: Audra Young (Ray), William Young (Rhonda), Philip Young (Andrea), Graham Young (Lindsay), Matthew (Davey) Elder (Christine), and Sarah Davey (Kevin). Special thanks are extended to Lyndsay Black who has lovingly and creatively supported Carol and John in many ways; to the staff of QEII hospital; and to the team who facilitated John’s last visit with Carol at Parkland at the Gardens. A memorial service will be held at St. Andrew’s United Church, 6036 Coburg Road, Halifax on Monday September 26 at 2 pm. Masks are recommended. A reception will follow in the church hall. Donations in John’s memory can be made to IWK Health Centre Foundation fund in memory of Michael Phillip Young, Brigadoon Children’s Camp Society, or to the charity of your choice.
See more See Less

In Memory of John Alfred Young