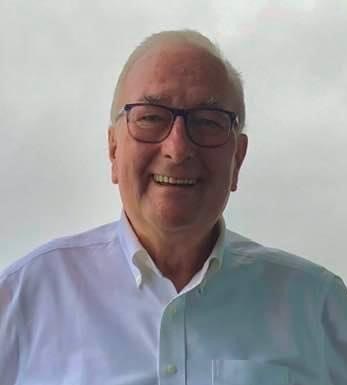 PAUL MARSHALL KELLS (December 14, 1946 to October 4, 2021) Paul passed away peacefully in Halifax surrounded by love following a two-year struggle with cancer. Paul is greatly missed by his wife Blanche Diamond, daughter Robin Kells (Matt LeBrun), stepsons Todd, Jeffrey (Danielle Bishop) and Alexander (Carly Nichols) Bishop, step-grandchildren Hunter, Daniel and Katherine, sister Ruth Collison, and loving friends and relatives. Paul was predeceased by his son Sean and sister Janet. Paul was a passionate creator who lit up when connecting people with ideas to produce something greater than anyone thought possible. He developed a love for news and storytelling early in his career at CBC, as an on-air radio host, investigative journalist and television producer in the Maritimes, and as a news executive in Toronto. His entrepreneurial spirit led him to leave broadcasting for corporate communications, where he counselled executives from Canada’s largest companies for the next 15 years. However, it was the sudden workplace death of his 19-year-old son Sean in 1994 that inspired his true calling. Paul upended his professional life and became a tireless advocate to keep young people safe at work, at home and at play. Paul founded Safe Communities Canada, a national charity devoted to reducing injuries and promoting cultures of safety. Over 80 communities were designated Safe Communities, representing more than a quarter of Canada’s population. This model led to the creation of similar foundations internationally, and Safe Communities Canada was accredited as an International Safe Community Certifying Centre by the World Health Organization. Paul also developed Passport to Safety, an online workplace standard that tracks hundreds of health and safety training modules through portable e-transcripts. Internationally, one million people have completed a Passport to Safety program. For his safety leadership, Paul was presented with Ontario’s Outstanding Achievement in Volunteerism Award and was inducted in Ontario’s Volunteer Hall of Fame. He is a Member of the Order of Ontario, and was awarded the Meritorious Service Medal (Civilian) by the Governor General of Canada. Paul also holds an honorary Doctor of Civil Laws degree from Acadia University. A big kid at heart, Paul’s diverse passions were often pursued simultaneously. After playing a round of golf, Paul might watch more golf on TV, grow his empire on his favourite video game, give business advice to his kids, all while cooking an amazing biryani. He was a multitasking master with boundless energy. Paul will be remembered by many for inspiring them to aim higher, do better, and care openly and wholeheartedly for the people around them. To Blanche, Paul was a loving husband who brought fun, adventure, travel and much laughter. To his children, he was a dedicated coach, a constant presence - silly, warm and fun - and later, a trusted mentor for their careers and business endeavours. One of his best qualities was his ability to listen and then lead. Most of all, Paul was always there when you needed him; his deep relationships and admiration from his peers are a testament to his character. Paul and his family thank his dedicated health care and hospice teams for their excellent care. He was shocked to learn that Halifax’s Victoria General Hospital lacks safe water for drinking, and that patients must sponge-bathe using bottled water. If Paul had the energy, his last battle for improved safety would have been for temporary portable showers and accelerated construction for a desperately needed new facility. It is a testament to the skill and patience of VG medical, health and maintenance professionals that patients receive the care they do. There are so many ways to pay tribute to Paul, but we kindly ask you to consider the following: 1. Do something kind or meaningful for someone who needs it, and remember Paul when you do. 2. Donations in Paul’s name will be gratefully received by Hospice Halifax. 3. If you’re an advocate, be like Paul and use your talents, energy, story and voices to bring clean water to the VG. A gathering to celebrate Paul will be held on Friday, October 8 at 10:00 a.m. at JA Snow Funeral Home, 339 Lacewood Dr, Halifax, NS. To watch the service via livestream or to send online condolences, please visit www.jasnowfuneralhome.com
See more See Less

In Memory of Paul Marshall Kells